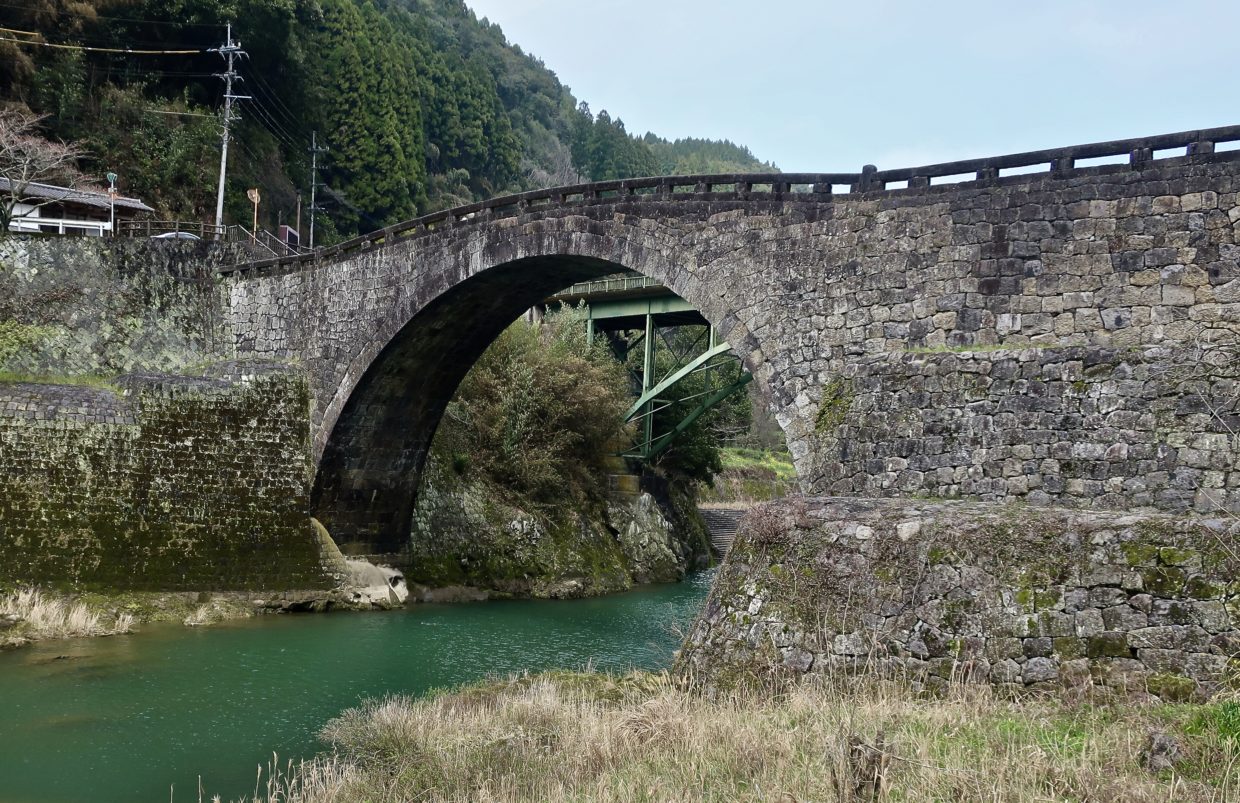 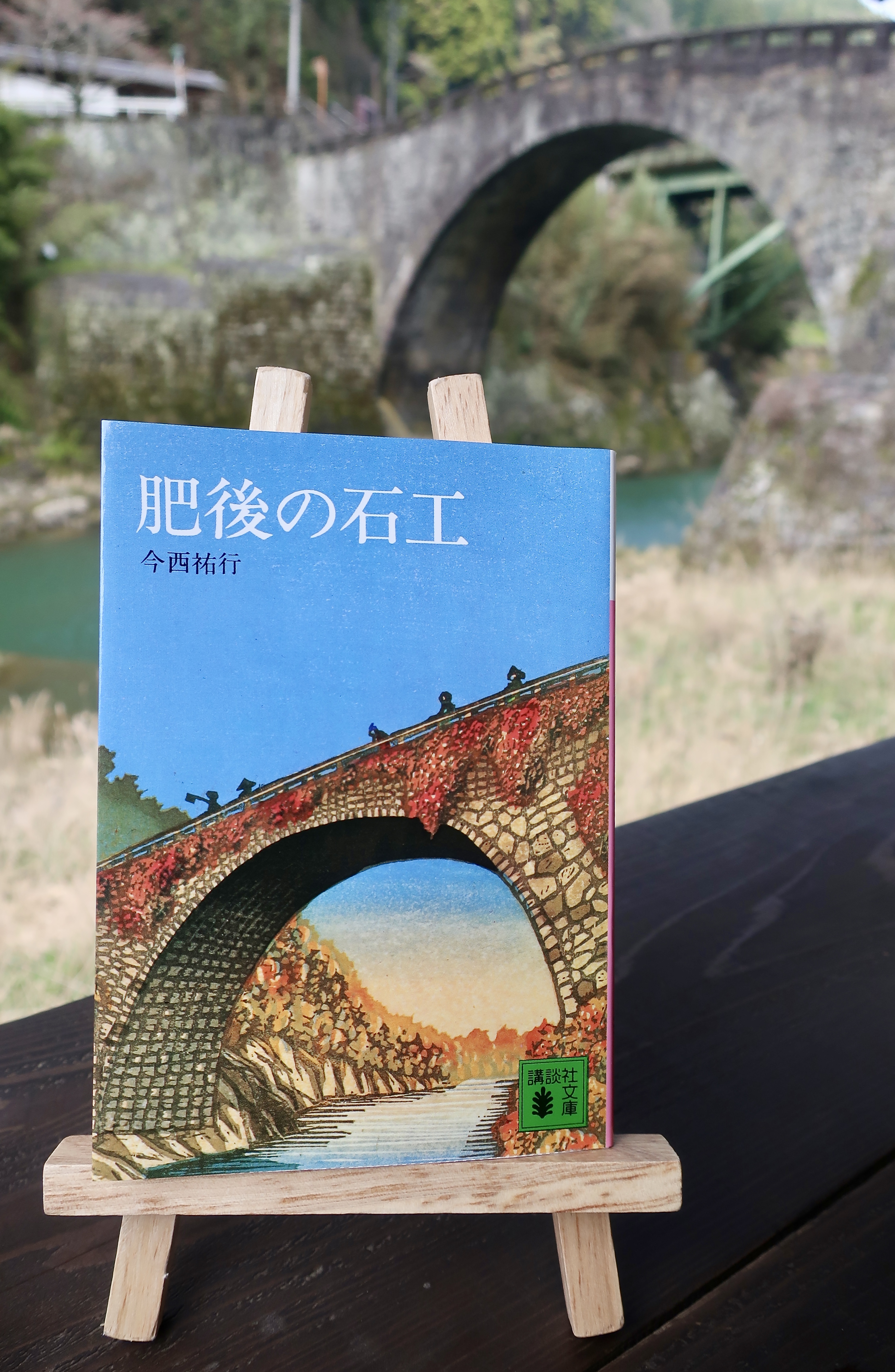 Kumamoto was called as 肥後(Higo) in the past. I picked up this book because I was becoming interested in stone bridges. But I never expected that I would be so touched by the story of stonemasons.

After reading it, I started the journey of stone bridges around Kumamoto.

I’ve visited 石匠館(Sekishoukan museum) in 八代市(Yatsushiro-city), where we can learn about stone bridges and stonemasons. I spent 3 hours to look around and talked to a very kind lady there. 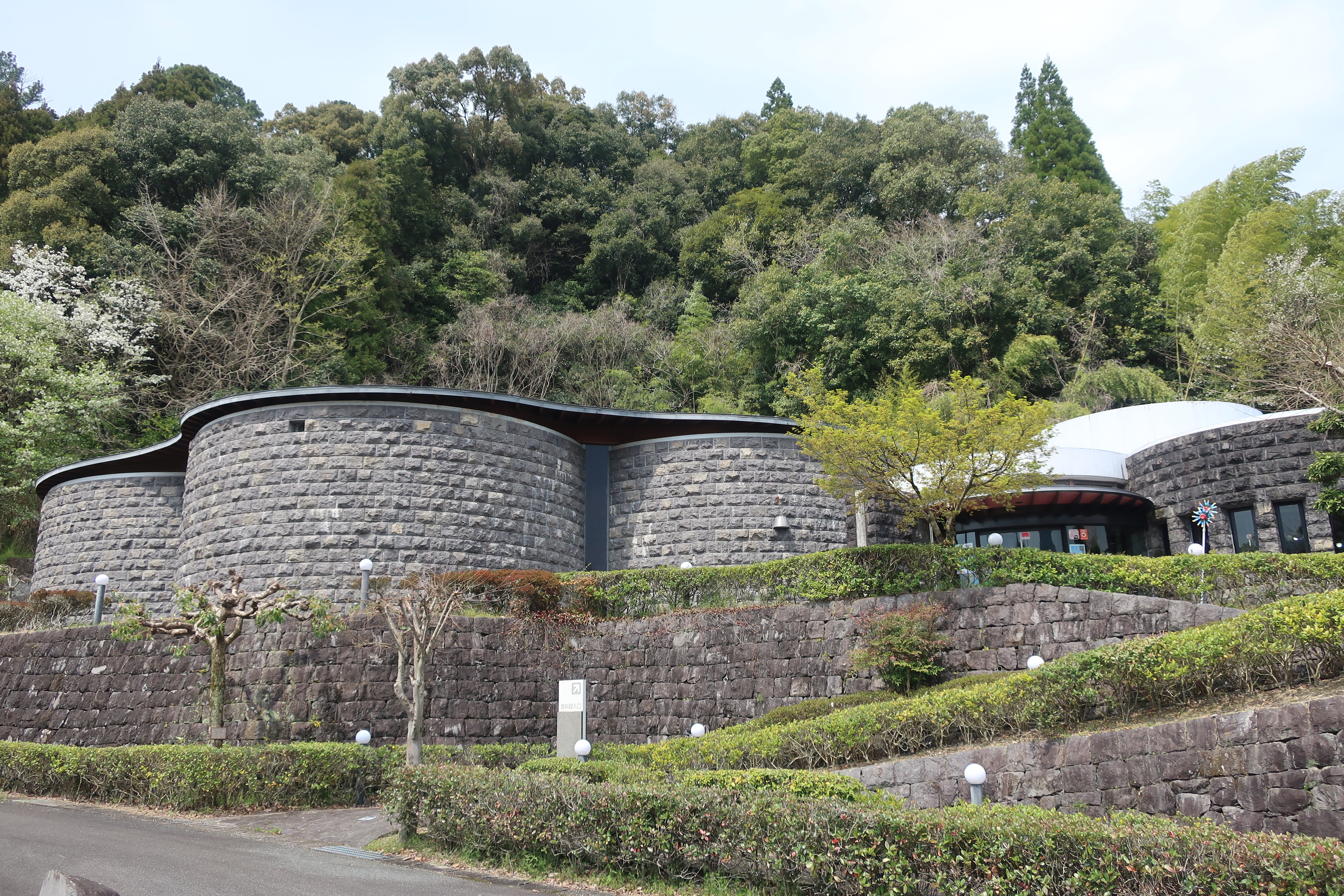 There are over 300 stone bridges all around Kumamoto. I’d like to share with you the history of them and famous ones to unknown ones. I hope you’ll be interested in stone bridges and stonemasons, too.

Let’s start exploring them together!

Why did people need stone bridges and how could they flourish?

Let’s start with learning about the area first.

There is a huge swift river called 緑川(Midorikawa, means Midori river) running through the centre of Kumamoto prefecture. 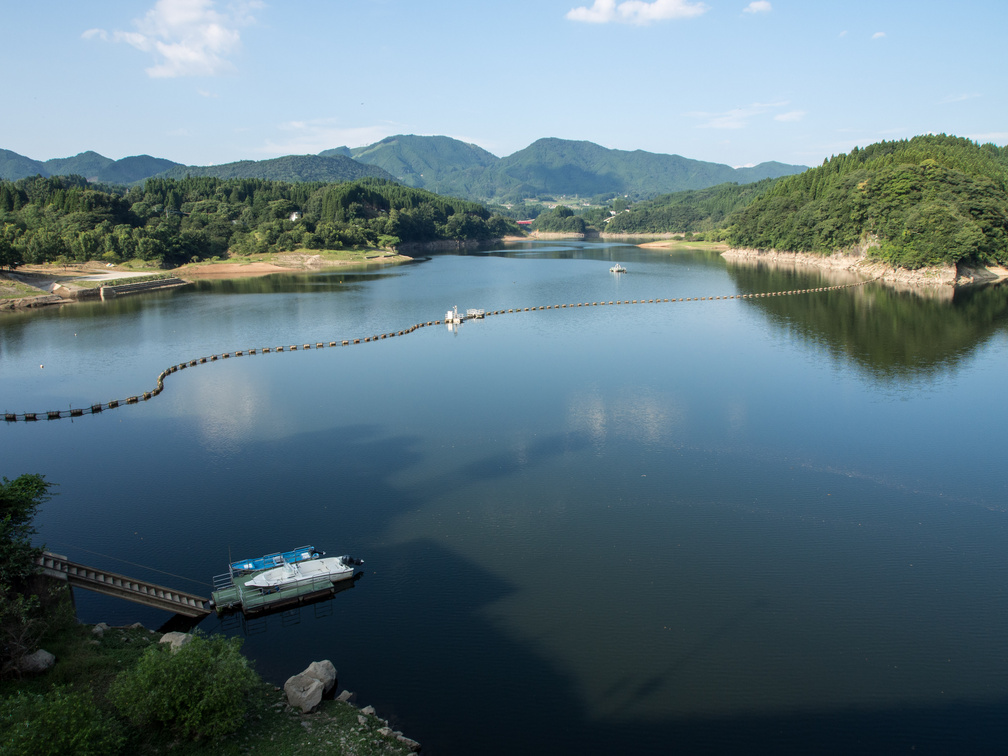 The area is a deep valley with many waterfalls. It was very difficult to go to the other side of area beyond the river. People used to build wooden bridges over the rivers but because of the fast stream, typhoons and floods, those were easily broken.

Also in one area called 山都町(Yamato-cho, means Yamato-town) had a problem of flowing water from one area to the other. People, who lived in one area which lacked water, suffered severe hunger because they couldn’t get crops. Still they needed to pay tax to the government by crops so many families were forced to send their children to other houses as a workforce to earn money.

At that time in Kumamoto, there were people called 惣庄屋(Soujouya) which were the mayor of small part of villages. People went to see Soujouya and strongly urged to make a bridge which wouldn’t be washed away.

There are several reason why stone bridges flourished in the area.

First, they had plenty of 溶結凝灰岩(Youketsugyoukaigan, means welded tuff) from the eruption of Mt. Aso. 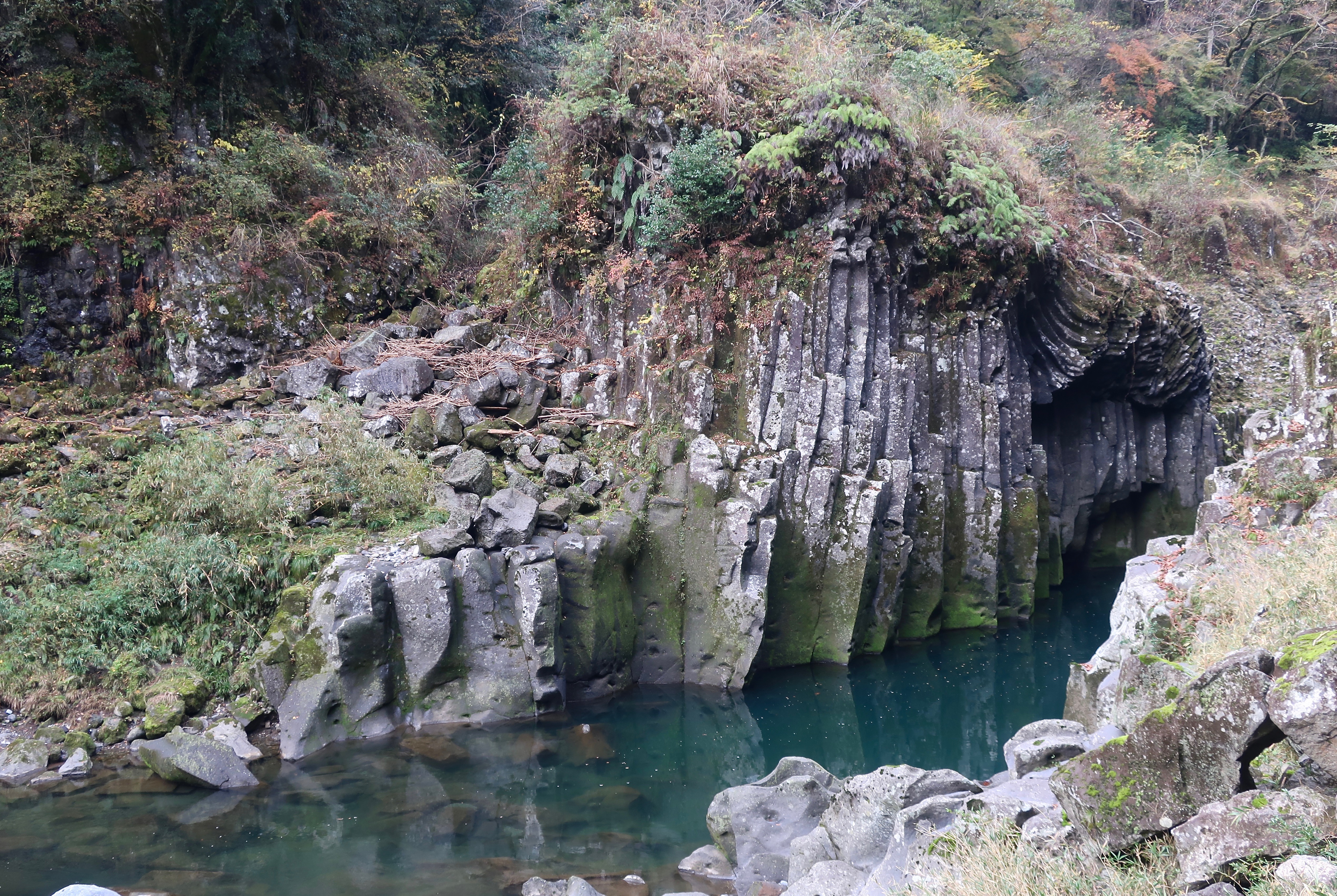 The latest eruption was 90,000 years ago. Welded tuff is strong but easy to process. When people build heavy architectures, the foundation is important. In the area, the land is solid rock so it was easier to find the place to build stone bridges.

Second, there were good 宮大工(Miyadaiku, means carpenters who specialize in building shrines) in Kumamoto. When people build stone bridges, the first thing to do is building 支保工(Shihokou) which is a wooden frame. The frame must be accurate. 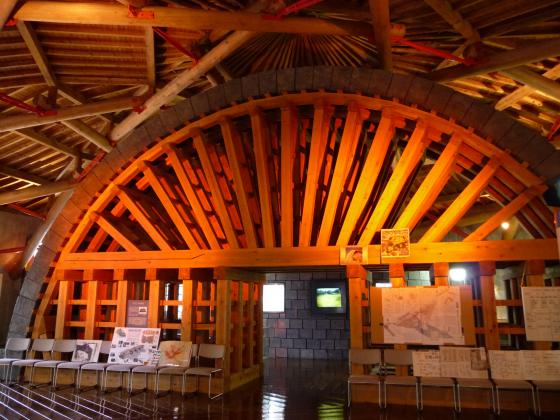 Third, which I’m interested in at most, is stonemasons. Stonemasons in Kumamoto have long history. There were several groups of stonemasons all around Kumamoto and some of them had worked for building Kumamoto castle. 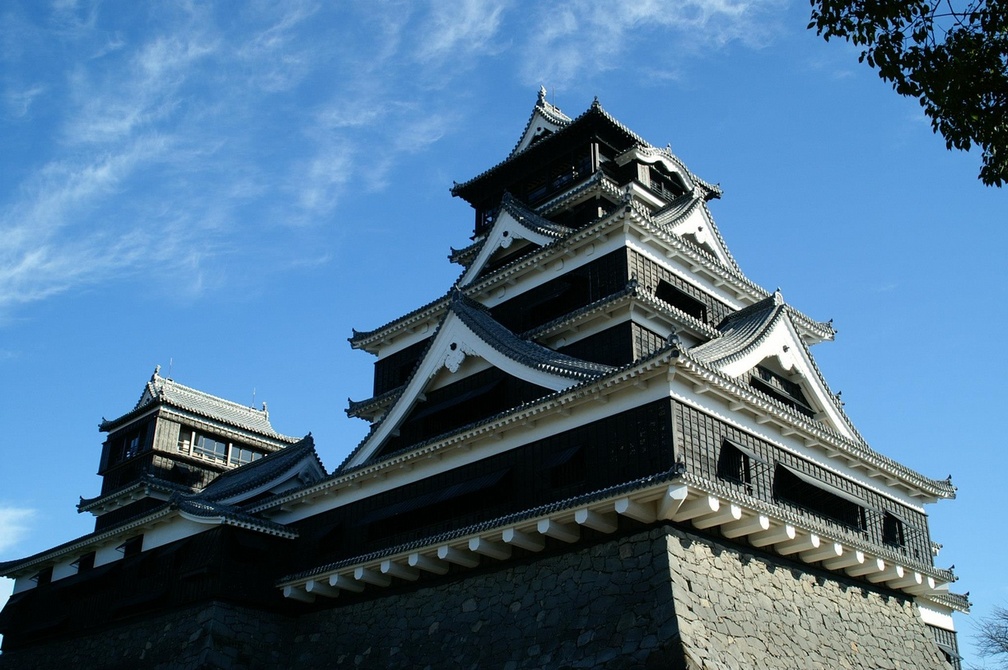 They had great knowledge and skills and because of their amazing works, some of them were invited to other areas in Japan and asked to build stone bridges. One of the most famous stonemason is 橋本勘五郎(Kangorou Hashimoto). He was offered jobs by the government and went to Tokyo to build 万世橋(Mansei bridge), 浅草橋(Asakusa bridge), 京橋(Kyou bridge) etc. It is told that Hashimoto brought some Miyadaiku carpenters from Kumamoto. There is a document to show how high Hashimoto was paid, which was almost four times more than doctors.

Also, there were other factors, such as finance and politics but what they all have in common was the hope and passion to make their lives better. They united people together and let the work completed for months.

If you know the history of them and get to know the people who involved in them, it’ll be more valuable and attractive.

About the novel, “肥後の石工(Higo stonemasons)”

I’d like to introduce to you the novel, “肥後の石工(Higo stonemason)”.

岩永三五郎(Sabugorou Iwanaga), who was a stonemason in Higo, was invited to 薩摩(Satsuma which was the neighboring country of Higo) to build stone bridges there. Basically, those bridges were to show off the power of Satsuma government so Iwanaga needed to put decoration on them(Iwanaga said in the novel “Stone bridge is beautiful as it is. I don’t want to put any decoration to show off the power.”). 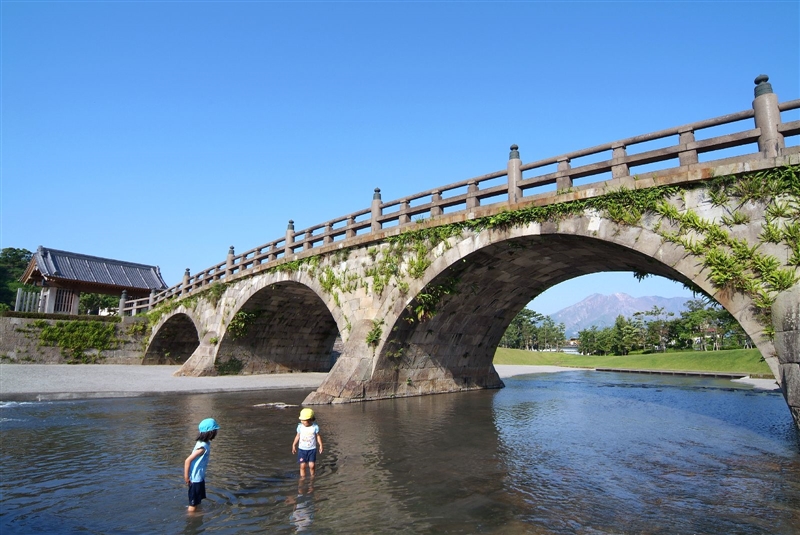 There was a rumor of 永送り(nagaokuri), which means that sending a samurai to kill someone confidentialy. It is said that stonemasons, who involved in building stone bridges in Satsuma, knew the secret of bridges. The secret is that if you take out one stone, the whole bridge will collapse. When enemy come, Satsuma government  could use the trick to beat the enemy. The government didn’t want Higo stonemasons to go back their hometown with the secret so they sent a samurai to kill the stonemasons one by one. 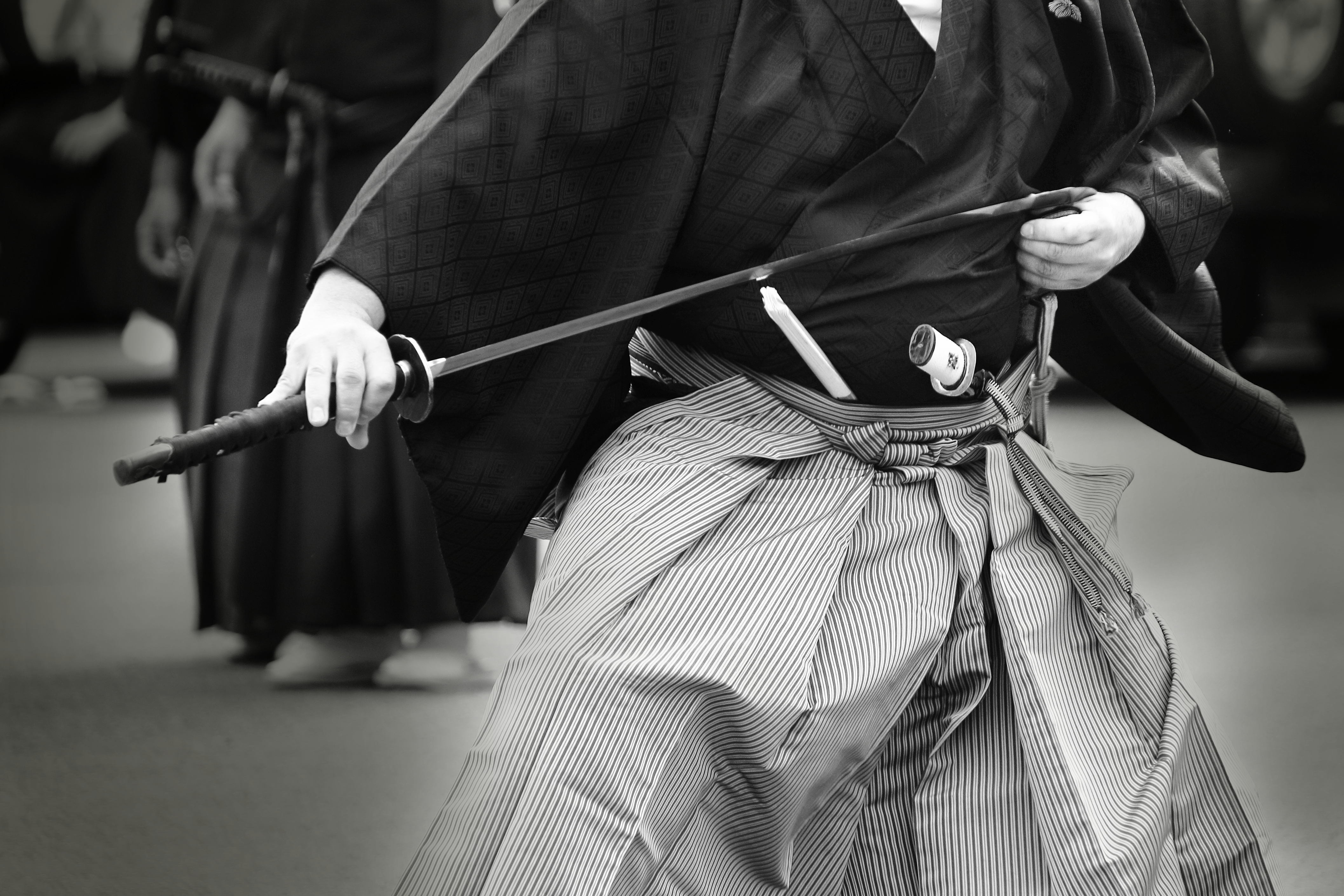 Iwanaga’s colleagues had already been killed on the way to their hometown and Iwanaga was also followed by one samurai, whose name is 仁(Jin). But while Jin followed Iwanaga, Jin was touched by how he purely love stones and started to wonder why he must kill the man. Jin decided not to kill Iwanaga out of compassion and instead he killed a beggar and took his head to his boss as a substitute. The beggar had 2 children(Sato and Yoshi). By accident, Iwanaga met them and realized what happened. He decided to take them to his hometown because of guilt. But Sato noticed that their father was killed because of Iwanaga and even misunderstood that Iwanaga sent someone to kill their father. After Iwanaga came back to his hometown, he was forced to stand the severe blames because he was the only survivor.

Iwanaga, Sato, Yoshi, Jin and other stonemasons in Higo writhe in agony of their each life. Even the hard destiny of Iwanaga, he tried to pass on his knowledge and skills as a stonemason, this time not to show off the power but to help people to make their lives better ….

It was published in 1965 by 今西祐行 (Sukeyuki Imanishi) as a children’s book. It was valued because before that only historically influential people were highlighted but Imanishi focused on specific theme, which is building a bridge, and showed local people’s joys and sorrows of life. It has broaden the possibility of genre in children’t book.

This “Higo stonemasons” is fiction so there are many parts of creation(I thought every detail in the book actually happened because it was so real.). Because they were ordinary local people, there are not enough document to prove what was true or not. So people often express like “It is said that ….”because they have almost no way to check.  But the main idea, which is local people bonded and tried their best to make their lives better, is the truth.

After reading it, I was attracted by Iwanaga and wanted to see stone bridges.

Reidaikyou bridge is standing in 美里町(Misato-cho, means Misato-town) which is in the centre of Kumamoto prefecture. 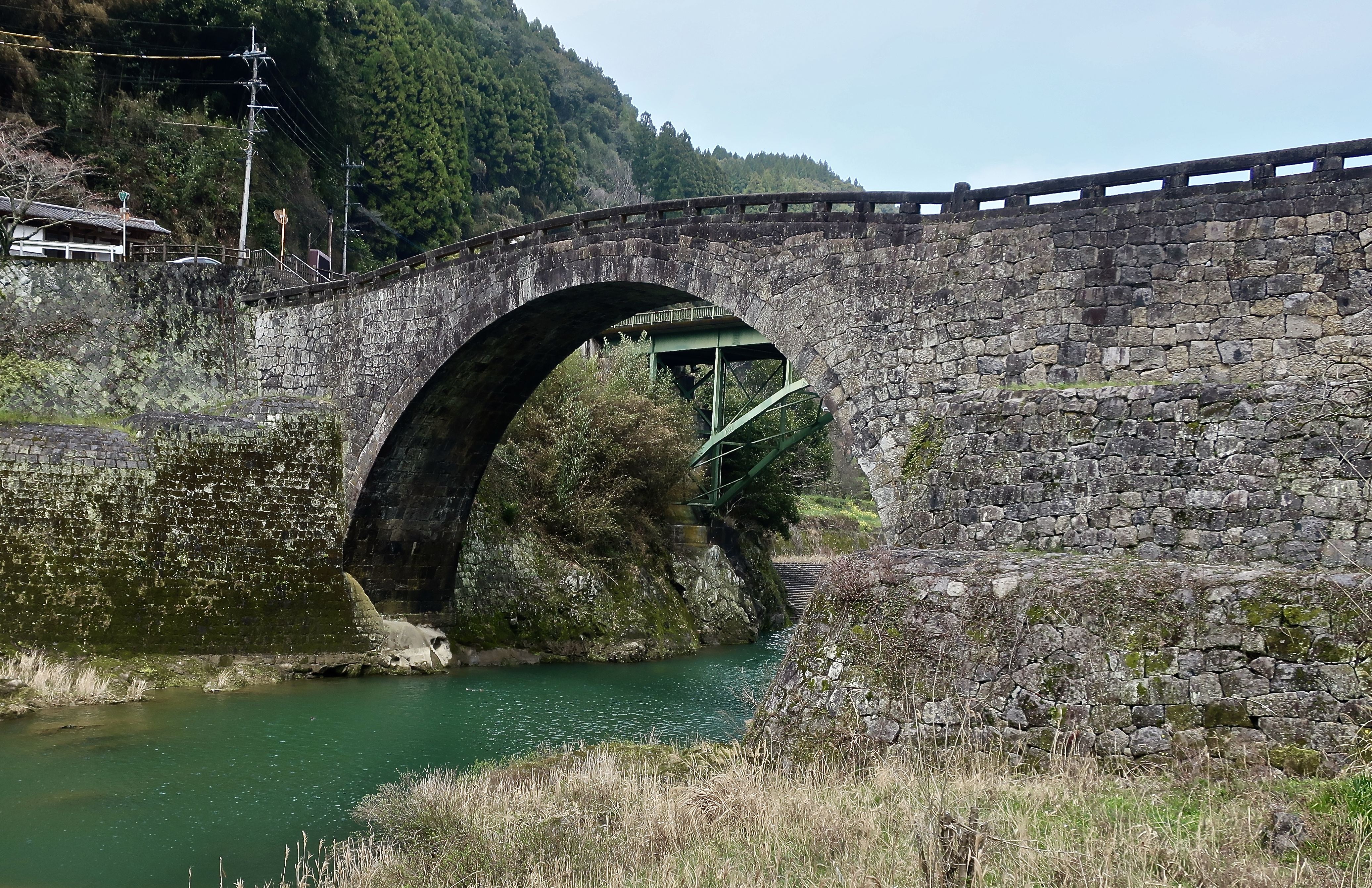 Around the area, the stream of Midorikawa river was so fast and the water level often rose after the rain so ships were often useless.

This place was important to go to 山都町(Yamato-cho, means Yamato-town) for locals but because of the situation, people suffered with lots of problems when families are sick, someone is about to have babies and also businesses.

People wished to have a bridge which is strong and will remain forever to carry people and products.

The head stonemason was 宇助(Usuke).

※ In the novel of Higo stonemasons, Usuke’s father was a colleague of Iwanaga. Since Iwanaga had had guilt to be alive, he didn’t take command and let Usuke do instead but again, not sure if it is true.

It is said that when Usuke was offered this project, he turned it down because he had not made such a big stone bridge before. But Soujouya convinced him saying he would risk his life and take all responsibility. Usuke gave up by his passion and succeeded to make this beautiful stone bridge. 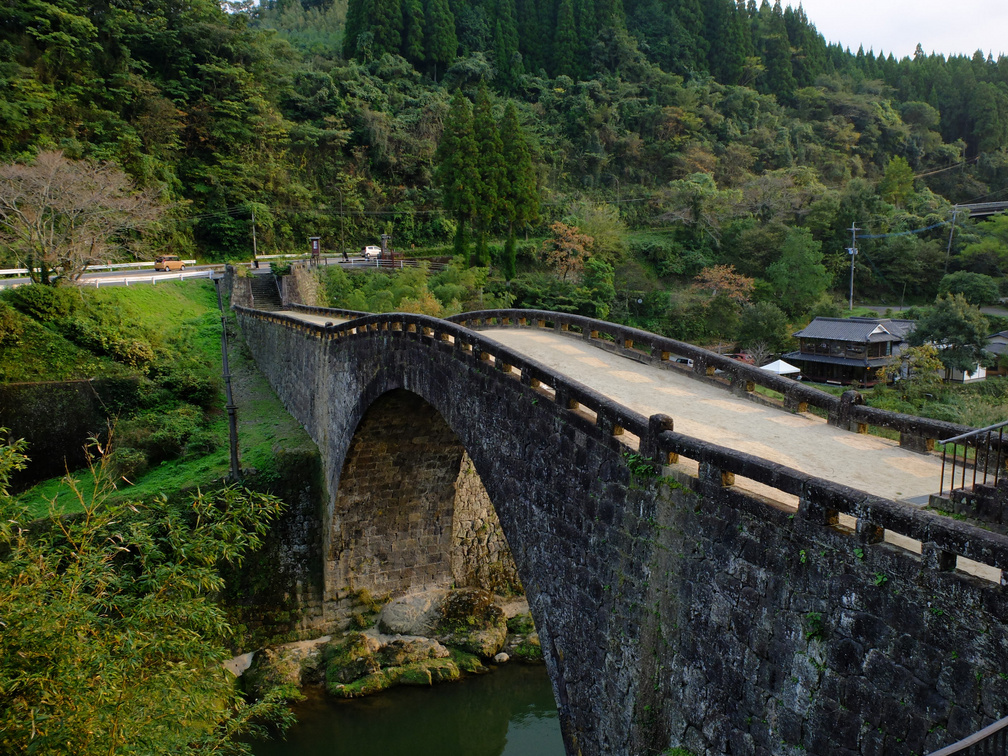 72 stonemasons joined the project and above all 43,967 people involved in it.

They wanted to avoid to work during rainy season because of the rise of water level. So even this size, people worked hard and completed the work just in 7 months without using any machines like now.

It was built in 1847 and registered to an important cultural property in 1967 as the biggest single arch stone bridge in Japan. 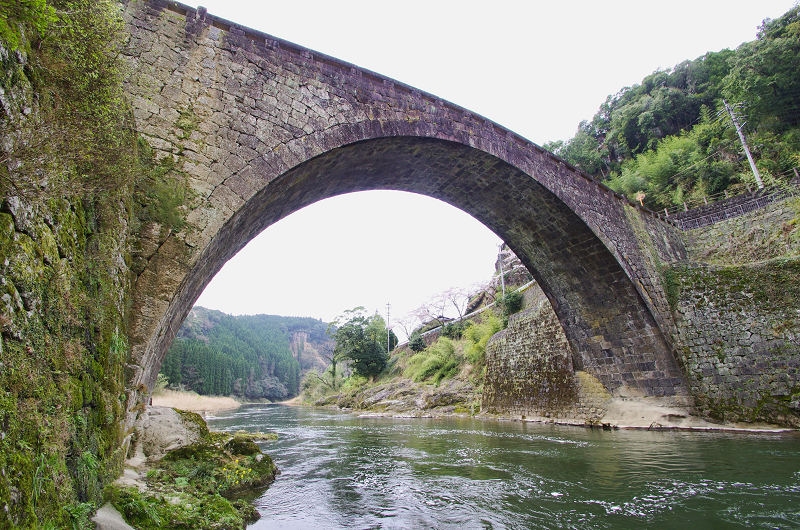 The most important idea about stone bridges in Kumamoto is that they were built for helping locals, not to show off the power, like Pyramids.

When it comes to history, we tend to focus on famous influential people but every place has each local history. Why is it important to protect history and culture? I believe this is because they are our identity. Cultures and traditions are foot print of people who lived in the past and we are always connected with them.

I’ll keep writing about stone bridges and stone masons in Kumamoto so if you have chance to come to Kumamoto, visit some of them.

After learning the history of them, you’ll feel more familiar to the people who were actually involved in them.