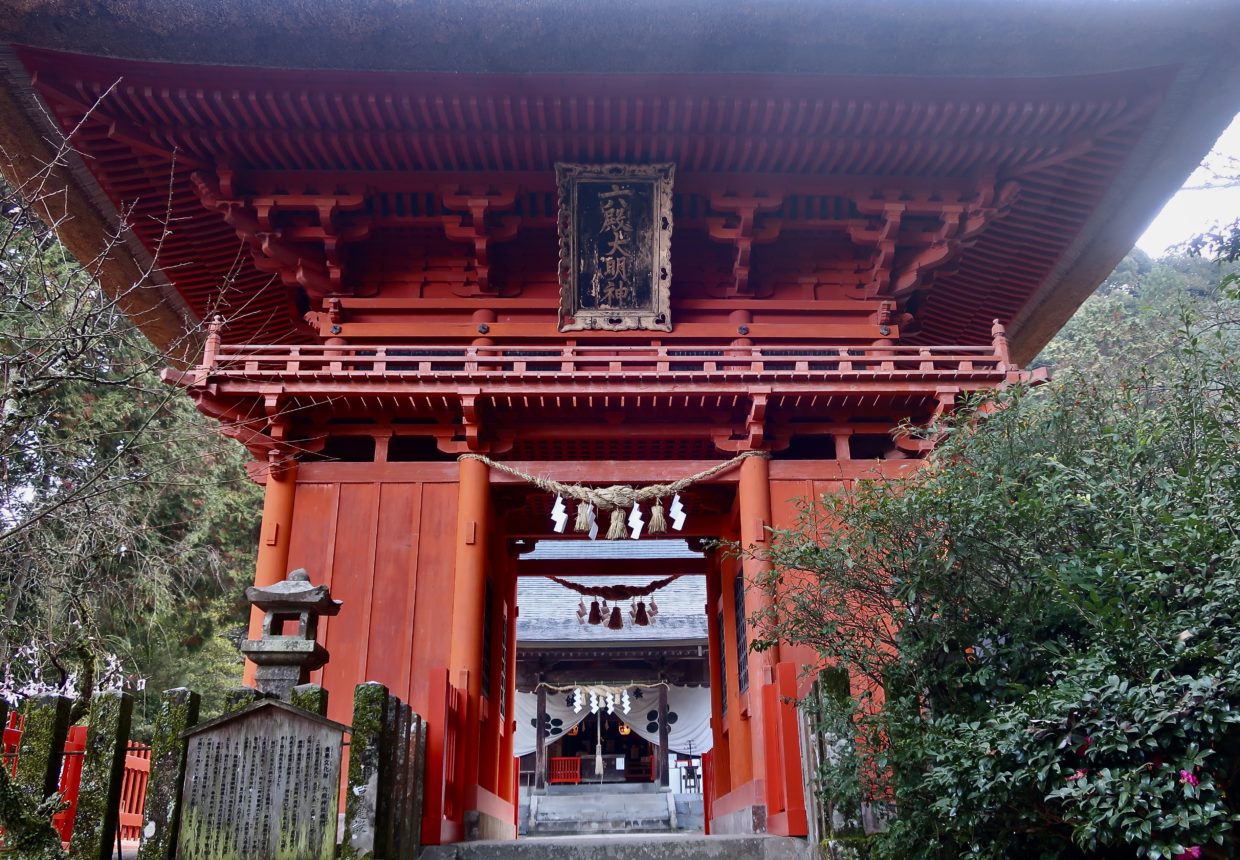 What do shrines mean to Japanese people?

Shrines are everywhere in Japan, from the ones with giant Torii gates and outstanding buildings to the ones stand in secluded places like deep in forest or on islands with only a simple wooden Torii gate. Shrines are places where gods are enshrined. As I shared here several times before, in 神道(Shintoism) there is not only one god but we believe gods live in everywhere in nature. Nowadays, most Japanese people don’t visit shrines that often but only on some special life events. For example, when you have a baby and when children become 3, 5 and 7 years-old, families visit shrines to wish for them to have healthy peaceful lives. Or some people have Shinto-style wedding at shrines. Some elderly people visit shrines daily not just to pray their own wishes but show appreciation to gods who protect us from harm and problems(originally, this is  what we should do). Especially in this difficult situation from COVID-19, people started to visit shrines to wish for their loved ones and the world.

Today, I’d like to introduce to you 六殿神社(Rokuden Jinja, means Rokuden Shrine) in Kumamoto City. My friends and I visited there last January. After the declaration of emergency by Japanese Government, we are not supposed to go out unnecessarily and told to stay at home. We can not visit Rokuden Shrine now but by introducing this beautiful shrine, I would like to send my prayers to the people who are suffering from COVID-19 and for people who are working in the front line.

Rokuden shrine is located in Minami-ku(Southern part), Kumamoto City. Rokuden Shrine stands in a very quiet and peaceful area but the history of Rokuden Shrine is full of vicissitude.

In 1178, Rokuden Shrine was founded by 平重盛(Taira no Shigemori) who was a son of the famous 平清盛(Taira no Kiyomori) , an ambitious samurai and became the top of nobility for the first time for samurai. Shigemori was sent and ordered by the Emperor to build a shrine to protect Kyushu area.

In 16th century, 小西行長(Yukinaga Konishi) who ruled the south part of Kumamoto, had destroyed shrines and temples in his territory. He was the Christian Federal Lord and it is said that Konishi destroyed many shrines and temples because the Shinto priests and Buddhism monks were disobedient against Konishi’s politics. In 1589, he ordered to burn down Rokuden Shrine but because Rokuden Shrine was originally built by the order of Emperor, they couldn’t burn down. Still they robbed important treasure and property and also took away some part of shrine territory.

加藤清正(Kiyomasa Kato), who had been a rival of Konishi, tried to capture Uto castle which Konishi owned. Before the battle, Kato visited Rokuden Shrine to wish for his victory. At that time, Kato granted territory to Rokuden Shrine and donated for restoring buildings.

As soon as you arrive at Rokuden Shrine, what attracts at most must be this vivid vermillion 楼門(Roumon, means tower gate). Tower gate at Rokuden Shrine was registered as Important Cultural Property in 1970 because of the style of Zen architecture. The characteristic of this type of architecture is that pieces of woods are smaller than other period so that you can see more delicate, detailed and elegant work.

As I explained about the basic structure of shrines in the previous article, usually from the entrance, we see 鳥居(Torii gate), 拝殿(worship hall) and 神殿(main hall where gods are enshrined) in order.

Check the previous article about Kokuzo Shrine. You will get to know the characteristic of shrines in Aso area, too⬇️

So what is this tower gate for? Tower gate is something that separates from the world of gods and the world of human. So basically, tower gate and Torii gate work same. I heard that tower gates started to be built because of the affect by Buddhism. Also it is said that people in power donated to shrines building a gorgeous tower gate so that they can show off their power(I think it is more convincing.).

The tower gate in Rokuden Shrine was built in 1549. It is a two-story building with thatched roof and 7.8m high.

You can see detailed work which shows the style of Zen architecture in 14-16th century. What is amazing about this tower gate is that no nails are used to built it. You will see the expert work by 宮大工(Miyadaiku) means carpenters who specialize in shrines.

This vivid vermillion color is eye-catching. People have been fascinated how it presents with the changes of sun light. When we visited there, it was raining but still it was beautiful.

At shrines, you often see red color in Torii gates, tower gates or worship halls and may have wondered why it is. In ancient times, people used to worship the sun. The color “red” has strong image of the sun, fire and also flourish of life. One of the substance to make red color is mercury and it has an effect of anticorrosion and insect proofing. Some say that people took these good effects as warding off evil. So red color in shrines means you are protected from evil and people wish good prosperity of their lives.

Every year on 9th October, there is a festival called “六殿神社大祭(Rokuden Shrine Grand Festival)”. The main event is definitely “流鏑馬(Yabusame)”. Yabusame is one of the Shinto rituals wishing for bountiful harvest, peace and prosperity. At Yabusame, a man ride on a horse, race it and shoot an arrow. In the past, it was a place for samurai to present their daily hard training in front of gods and also audience.

Shrines and horses has close connection. In Shintoism, it is said that gods come to human world riding on horses. So there are many Shinto rituals relating to horses.

※ In the previous articles, I explained about 絵馬(Ema) which is a piece of a wood and you write your wish on it. “絵(e)” means picture and “馬(ma)” means horse. In the past, people used to dedicate a real horse to make their wishes come true. After 16th century, instead of a real horse, a small piece of wood which has a picture of horse on it started to be used(Now, picture can be anything relating to a shrine.).

So, how is Yabusame performance at Rokuden Shrine? Yabusame has been taken place since it was established. Shooters, horse keepers, trumpet players, etc, they all prepare well for the performance physically and mentally. Interestingly, only single men can be a shooter.

I haven’t seen Yabusame before. I hope I can visit Rokuden Shrine in this October.

Kihara Fudoson Temple stands close to Rokuden Shrine and takes about 7 minutes on foot. It is famous for the event “fire walking” and the glaring Fudo Myoo statue which is considered to be one of the best 3 Fudo Myoo statues in Japan. Check the article below!

What is famous about Tachioka Nature Park is definitely sakura(cherry blossom). There are 2,000 sakura trees and two big lakes which has a connection with the famous historical figure, Kiyomasa Kato who built Kumamoto Castle. It takes about 15 minutes by car. Visit both Rokuden Shrine and Kihara Fudoson Temple and have a picnic at Tachioka Nature Park. Sounds like a good weekend plan, isn’t it?

It’s been almost 3 months since the situation by COVID-19 has got serious. During this situation, I have realized how I was blessed with many things in my life. I can’t thank enough people who works at hospitals, city halls, supermarkets, farms, delivery, etc. Thanks to them, we can maintain our lives now.

I wish everyone’s safeness and good health. Please stay safe and take good care of yourself and your loved ones.

Map and Link of Rokuden Shrine