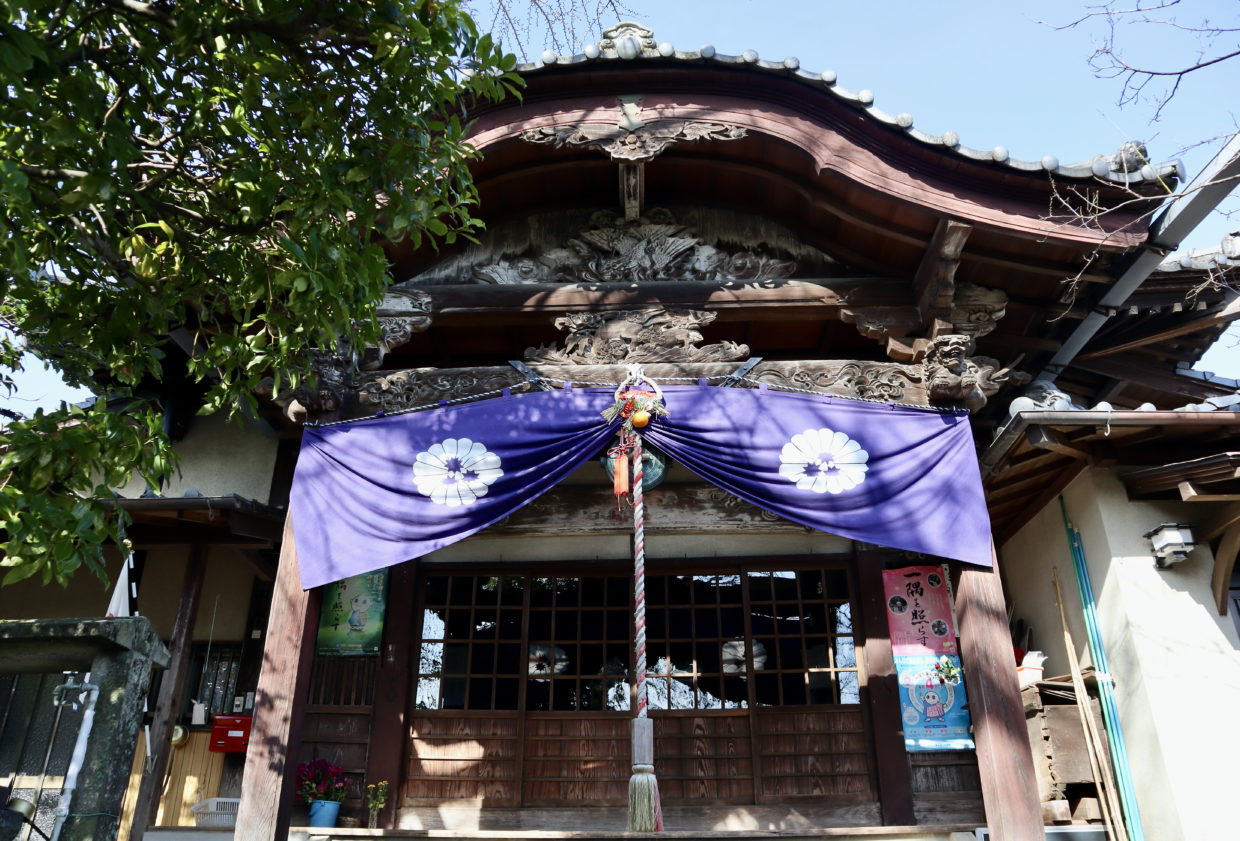 People in Kumamoto often used to say “There is nothing around Kumamoto Station.”. And I thought so, too. Why is it? Kumamoto City is the third biggest city in Kyushu and about 740,000 people live here. Usually, areas around stations are busy and lively but why not Kumamoto? I heard that this is because we have Kumamoto Castle at the center of the city and the castle town and downtown have already flourished. Kumamoto Station was built in the late 19th century at the present location Kasuga (春日). Back then, there used to be steam locomotives so they needed big land and had to avoid the busy area.

Only for the last decade or so, the area around Kumamoto Station has started to be developed and only recently we can see many tall buildings. Now, they are building 駅ビル (Eki-biru, means shopping mall at a station) and it will open in this April. It will be 5 years since we had the earthquakes in 2016. They said that they hope this opening will be one of the symbols of reconstruction from the disaster.

It is about 3km between Kumamoto Station and Toricho-suji (通町筋) which is the central downtown. It’s a shame if you just take a tram at the station and directly go downtown. I will walk around the station and introduce some places so that you can explore more and see some untapped Kumamoto.

So today, I’d like to share with you Kiyomizu Temple (清水寺). If you have already visited famous places around Japan, it sounds very familiar to you. This is not the one in Kyoto that is one of the most famous temples around Japan. I hope after you read this article, you will visit Kiyomizu Temple and enjoy walking around the area.

Kiyomizu Temple (清水寺) stands in Kasuga (春日) which is in Nishi-ku, Kumamoto City. It is a temple of Tendai sect of Buddhism (天台宗).

You may be wondering if there is a connection between this Kiyomizu Temple and the one in Kyoto. Actually, there is. From 8th to 12th century, Japan had had centralized government. There used to be Kokufu (国府) which means a provincial government to watch local people all around Japan. 国司 (Kokushi) who are people from Kyoto (central government in those days) were sent to those small governments. Back then, there used to be one provincial government near Mt. Hanaoka which also stands in Kasuga. Kokushi missed their hometown Kyoto so much and they established some temples and shrines on Mt. Hanaoka and named them from region names of Kyoto and one of them is Kiyomizu Temple.

Kiyomizu Temple stands close to railway viaduct. At the entrance, you can see this sign.

When you climb up the stairs, you will see this stone gate. It is called San-mon (山門). When you visit temples and shrines, most places have Torii gate (鳥居) or Tower gate (楼門). Those gates are the symbol of separating from the world of human and the world of sacred.

Here in Kiyomizu Temple, you can see this stone gate. It is very rare. It is said that if you cross the gate, it means you go into Buddha’s body. You can see the curved pattern on gate’s surface. I heard that the upper part illustrates cloud and the bottom half shows wave.

Have you heard of Rakan (羅漢)? Rakan means high priests who had achieved enlightenment in Buddhism. One of the greatest pupils of Buddha are called 16 Rakan (十六羅漢). It is said that Buddha told them to stay in this world and propagate Buddhism.


At Kiyomizu Temple, you can see the statues of Buddha and 18 Rakan (十八羅漢). You can see 16 Rakan and two other important figures of statues there.

Along the approach to the main hall, you can see the statue of “Mizu-kake Fudo Myoo” on your right.

At some temples, you may have seen statues of Fudo Myoo but do you know who he is? It is said that Fudo Myoo is Shiva who is one of the principal gods of Hinduism. Most statues of Buddhism show warm and kind expression but Fudo Myoo statues present horrific expression. This is because Fudo Myoo eradicates the root of evil to protect people. He is so severe against evil but merciful to good people. Here at Kiyomizu Temple, they have Mizu-kake Fudo Myoo statue. “Mizu (水)” means water and “kake (掛)” means to pour. There are a water basin shaped with lotus flower and a ladle. The lady at the temple said that we can pour water to the statue wishing for warding off bad lucks.

※ Last year, I wrote about another Fudo Myoo at Kihara Fudoson Temple (木原不動尊) in Minami-ku, Kumamoto City. They have one of the greatest Fudo Myoo statues in Japan. Check the article below and visit it, too!

Take the best photo of Shinkansen!

Kiyomizu Temple is very famous for train enthusiasts. You can take good photos from a platform but there are always too many people whom you don’t want in your photo. From Kiyomizu Temple, you can get good ones of Shinkansen (bullet trains)! Very kindly, they attach the timetable of Kyushu Shinkansen!

In 2020, one manga called “Kimetsu no Yaiba (鬼滅の刃) ” became super popular in Japan not only for children but also for adults.

A few months ago, they ran special train related to the latest film of Kimetsu no Yaiba and people got very enthusiastic. Kumamoto station was full of fans and also train enthusiasts.

The lady at Kiyomizu Temple told me that some people who knew this place visited and took good photos. I am not a train enthusiast at all but when I heard the sound of Shinkansen, I got excited and could take good photos!

Meet Sakura-chan, the most beautiful cat♡

When I was walking around the temple, I found this beautiful cat.

The lady came out from the hall and told me her name is Sakura-chan. She is very elegant. She didn’t take to me easily but when the lady called her “the most beautiful cat in the world”, Sakura-chan came to us. It may take a while until she gets used to you but visit Kiyomizu Temple and meet Sakura-chan!

What else can we visit near Kiyomizu Temple?

Mt. Hanaoka (花岡山) also stands in 春日 (Kasuga). Speaking of Mt. Hanaoka, people think of 仏舎利塔 (Busshari-to, a stupa) on the top of the mountain. You may have seen it from trains. The view from the top is panoramic and you can see the great view of Kumamoto City. If it’s clear, you can see Mt. Aso, too. There are more stories, such as one Buddhist priest who dedicated his life to world peace, Kiyomasa Kato who completed building Kumamoto Castle, etc. It takes about 15 minutes on foot from Kiyomizu Temple to the top of Mt. Hanaoka. It will be a nice exercise and the great view of Kumamoto City will be waiting for you!

It seems like we are having another serious situation from COVID-19. If you live outside of Kumamoto, it may be difficult to visit here now. I have lived in Kumamoto City over 15 years now but there are so many things I don’t know yet. I think this is the time for me to get to know local area and their untapped stories. I look forward to sharing them one by one with you. For now, please take care and stay safe.