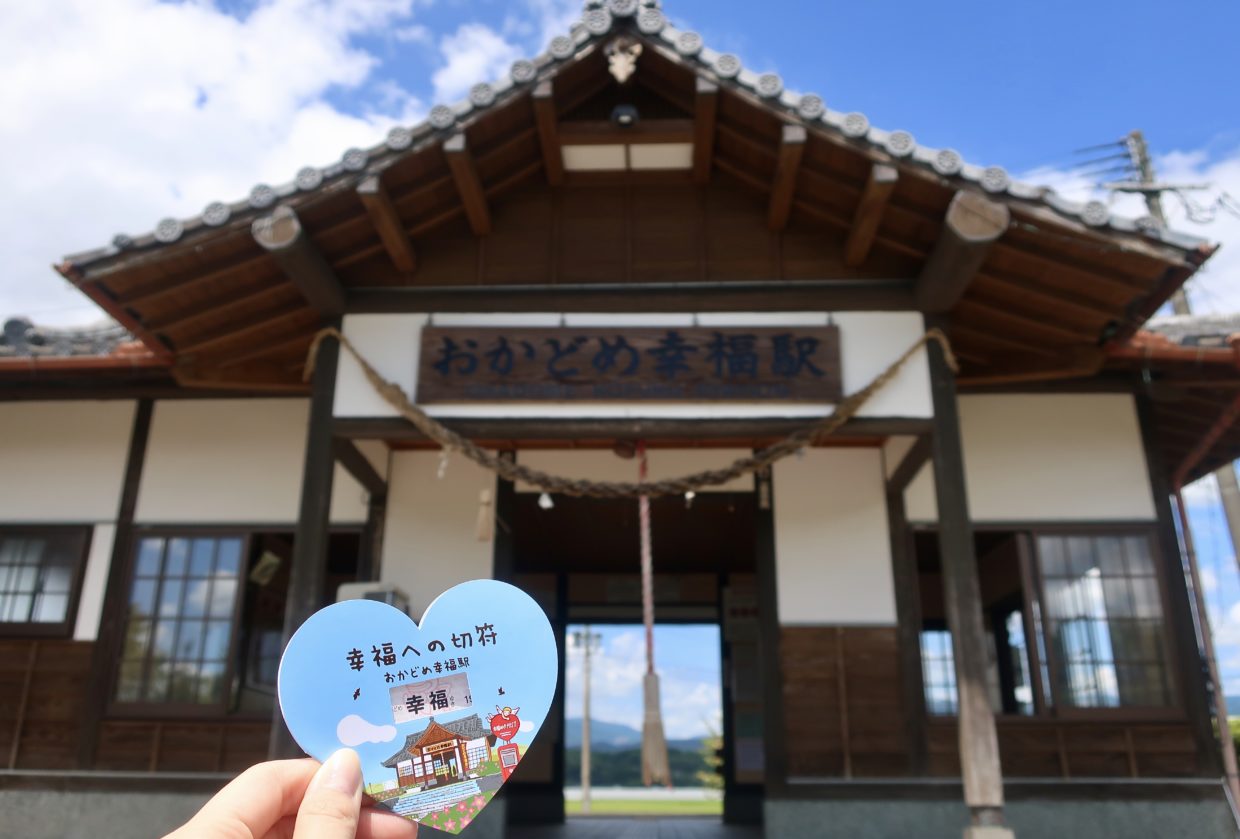 I wish you a year filled with happiness💗 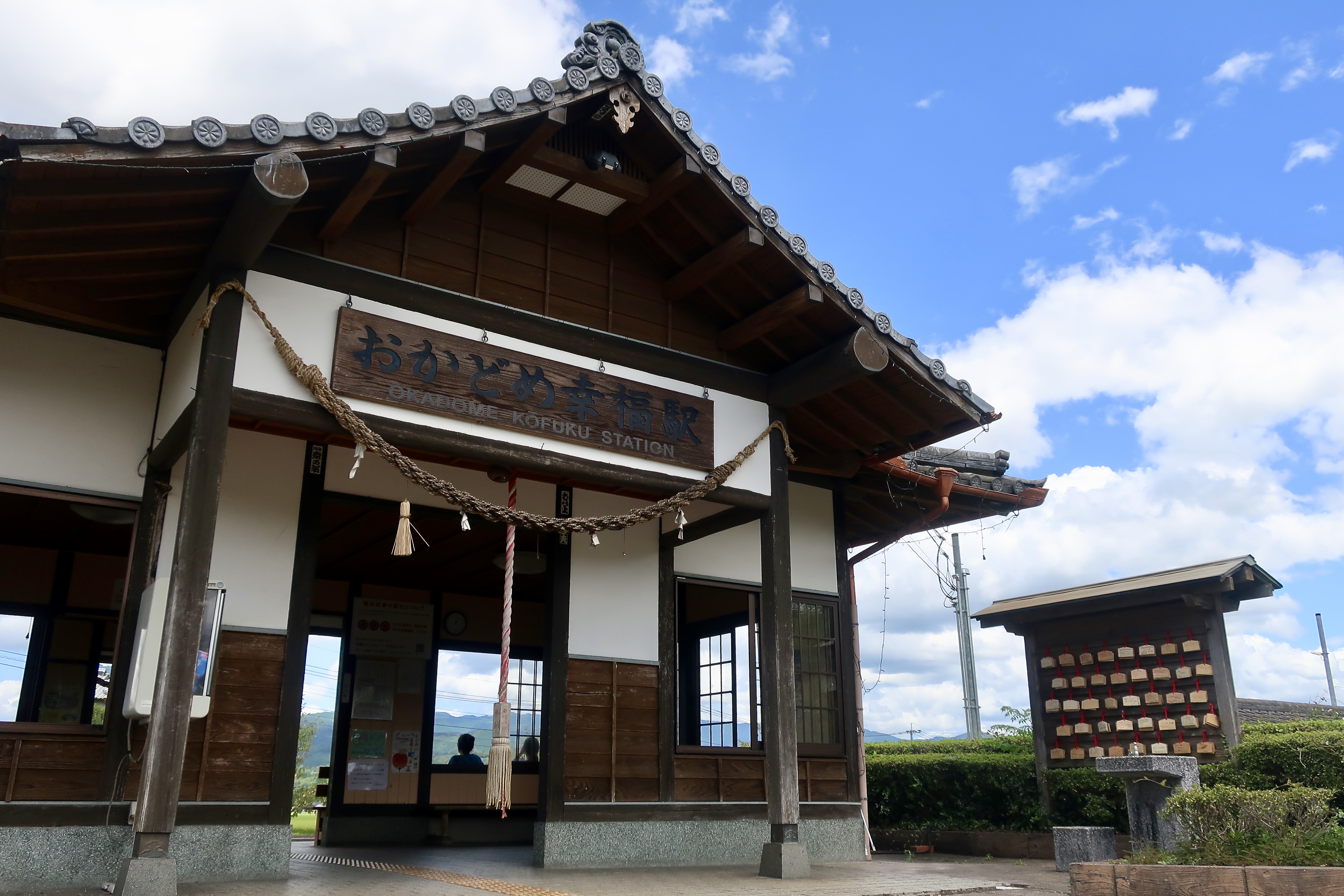 As a first article in 2019, I’d like to introduce you “おかどめ幸福駅(Okadome Koufuku eki, means Okadome Happiness Station)” in あさぎり町(Asagiri-cho, means Asagiri-town) which is the southern part of Kumamoto.

It’s the only station which has “Happiness💗” in its name in Japan. 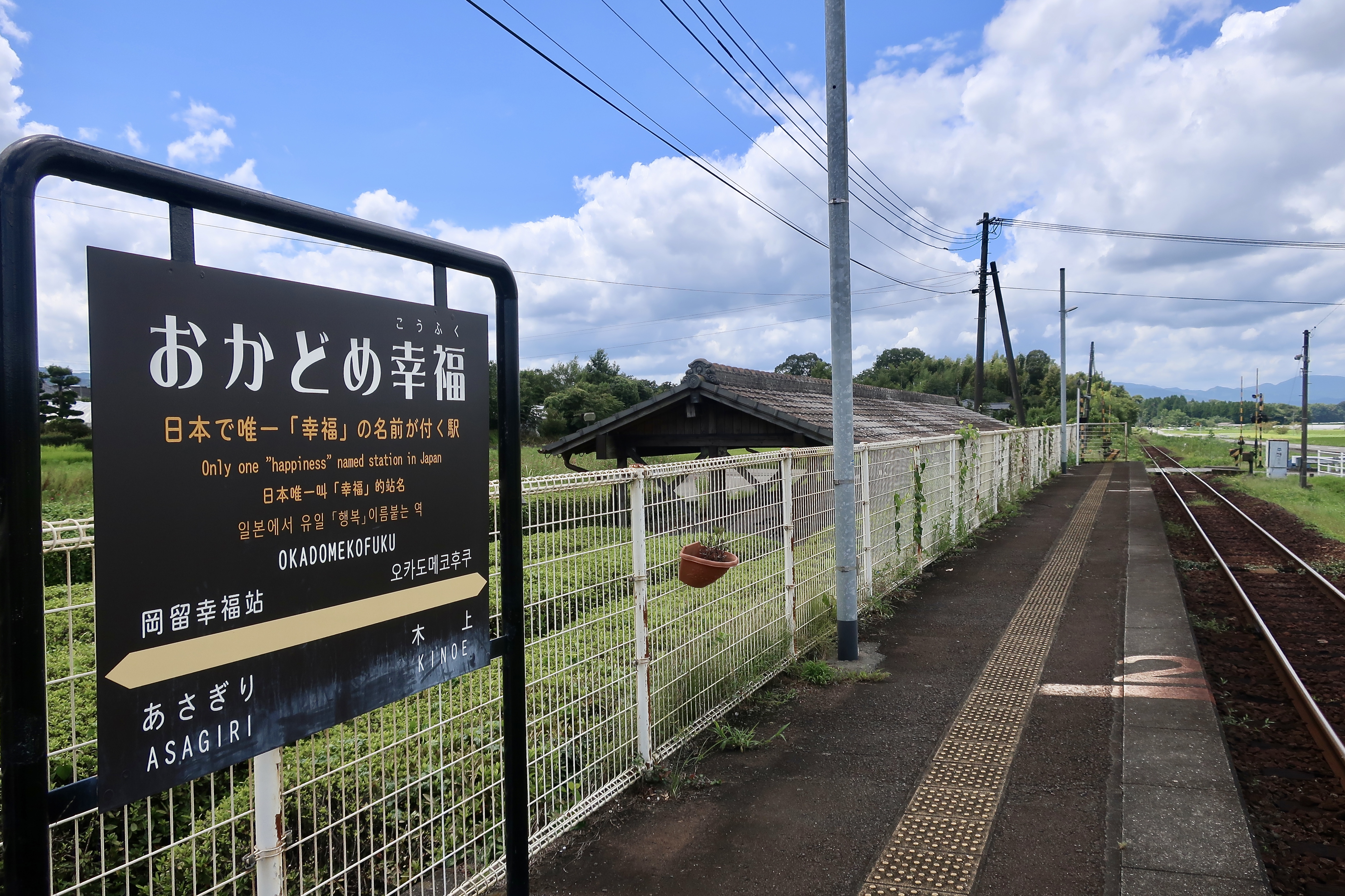 Because of the lovely name, many tourists visit there to seek for a good-luck for their daily life, important exams, etc. 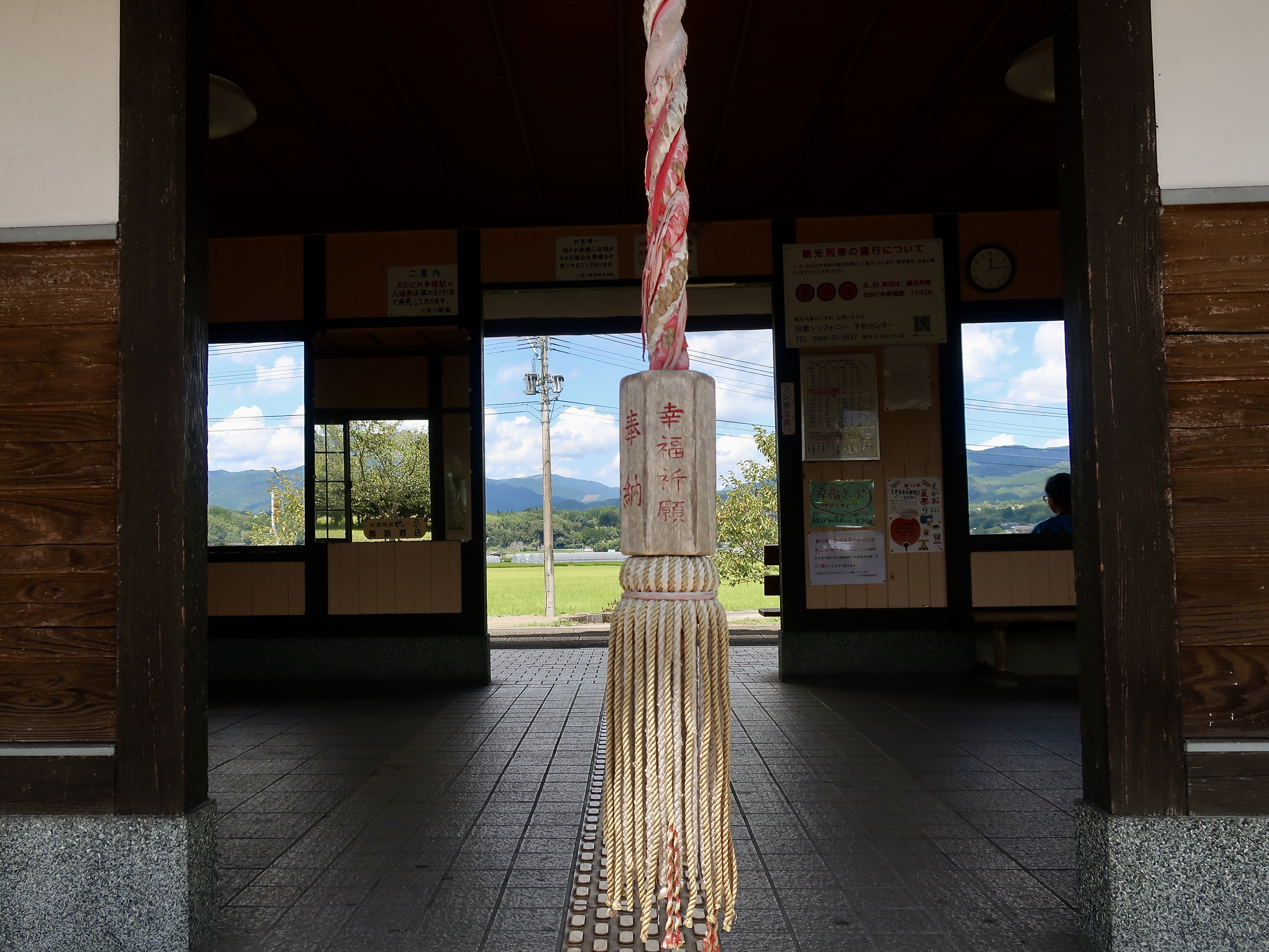 The Origin of the name “Okadome Kofuku Station” in Asagiri-town Kumamoto. 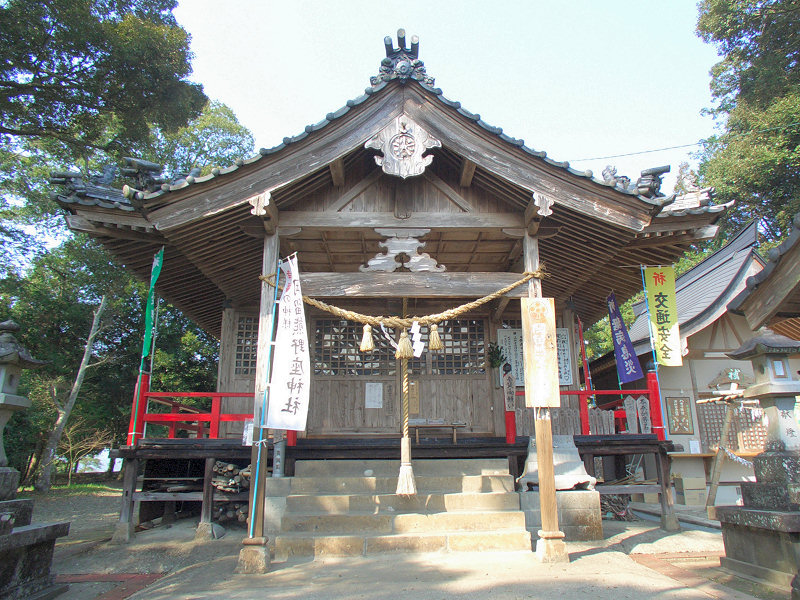 In 鎌倉時代(Kamakura-period, 1185-1333), Japan suffered from the two expeditions from Mongol Empire.

Mongolians crossed the sea and attacked Japan to beat the government.

At that time, Mongolian Empire had already conquered China and Korea.

So Mongolia decided to ram through Kyushu to beat the government (This incident is called 元寇(Genkou)).

He went to the shrine and prayed for the God to protect the area and people.

On the first attack, because of the solid defense of Japanese soldiers, Mongolians were unable to keep fighting.

What was worse, they had storm and couldn’t help but going back. 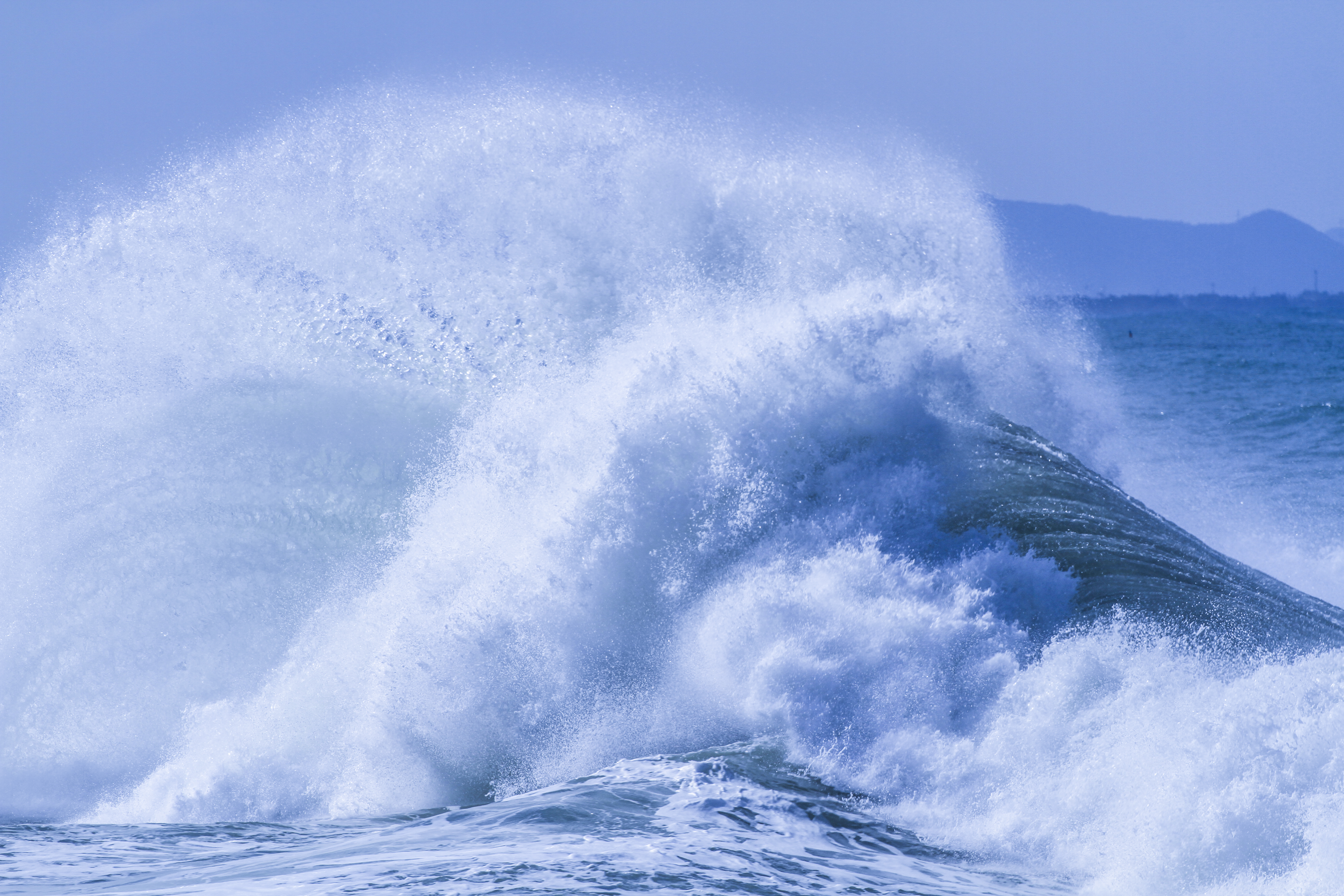 On the second one, again Mongolians faced the solid protection by the Japanese soldiers, they couldn’t move forward.

While they stayed on the ships for 2 months to wait for the right moment, the strong typhoon passed and left a severe damage to Mongolian worriers.

Japanese soldiers saw their chaotic situation and beat them completely.

(This storm and typhoon which helped Japanese soldiers are called 神風(Kamikaze, literally means the God wind))

After all, we can say that the Japanese soldiers were saved by the God wind.

After that, people in Asagiri-town believed that if they pray at Okadome Kumanoza Shrine, their wishes will come true.

Local people have called it “幸福神社(Koufuku jinja, means Happiness shrine)” and lived closer to it.

Kuma-gawa Railway has been started 1988 as a joint venture company of local government and private capitals.

※ In Japanese, we call this style of business 第３セクター(the third sector).

The first sector is run by the government, local government or public companies.

The second sector is run by private companies.

At that time, it was mainly used to transport woods from Kuma-area. 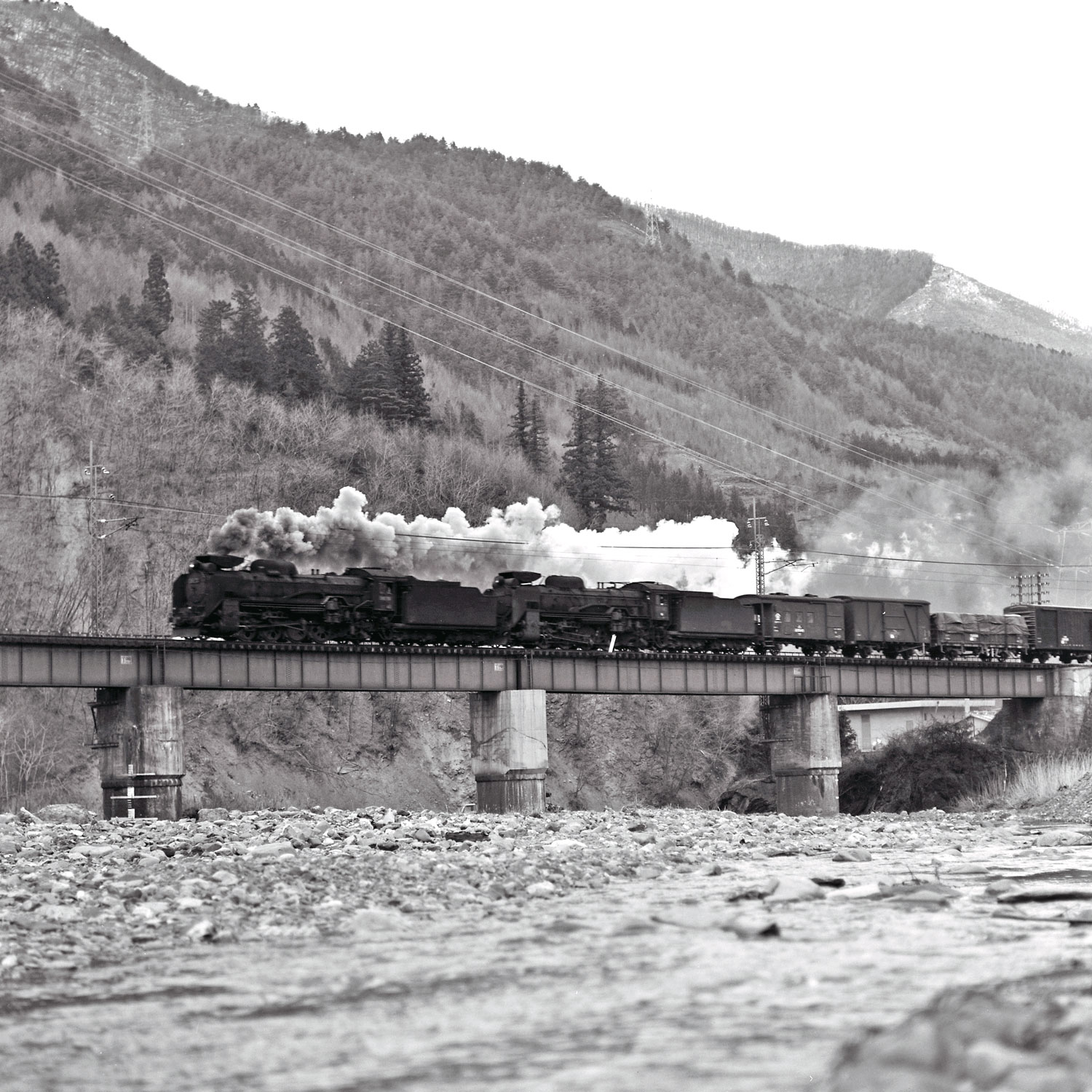 Freight trains which carried loads of woods ran everyday at its peak.

But because of the influx of cheap woods from abroad, they found it difficult to keep the freight trains running furthermore.

Now, budget deficit is the big problem for Kuma-gawa Railway.

80% of users are high school students and the declining birthrate and depopulation make the problem worse.

To improve the situation, Kuma-gawa Railway have tried to attract tourists.

When the railway company was launched, they named Okadome Kofuku Station from Okadome Kumanoza Shrine to make it more attractive. 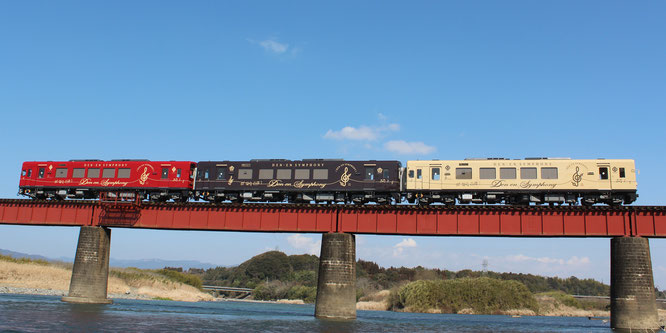 It runs only during weekends and national holidays.

The train runs slower than usual to show you great scenery of Kuma-area.

You’ll enjoy an amazing local view from the wide windows.

They’ll stop at several lovely local stations and of course Okadome Kofuku Station is one of them. 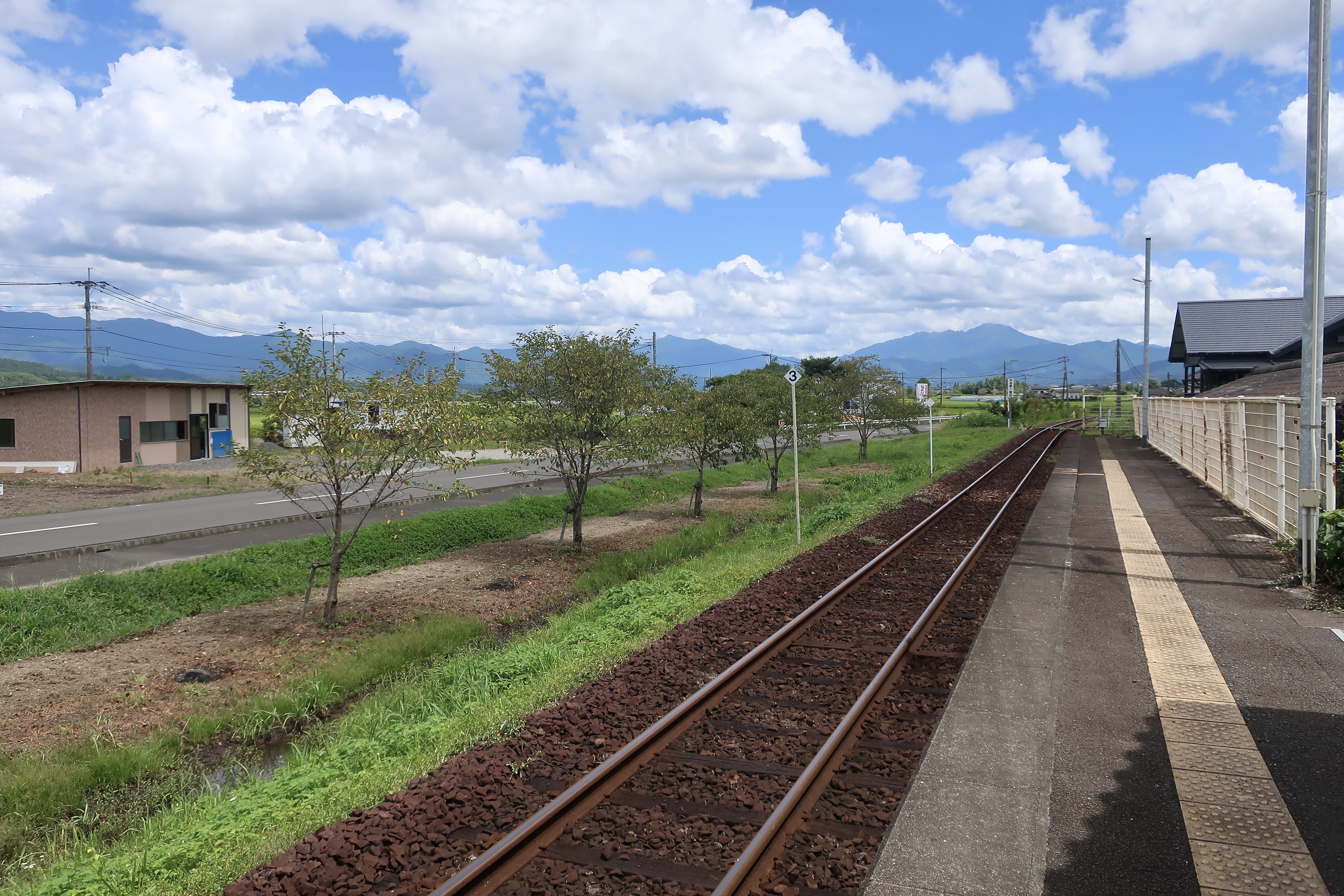 What You Can Enjoy at Okadome Hapiness Station in Asagiri-town Kumamoto.

There is a shop which sells tickets of Okadome Hapiness Station(it’s for souvenir, not for using!). 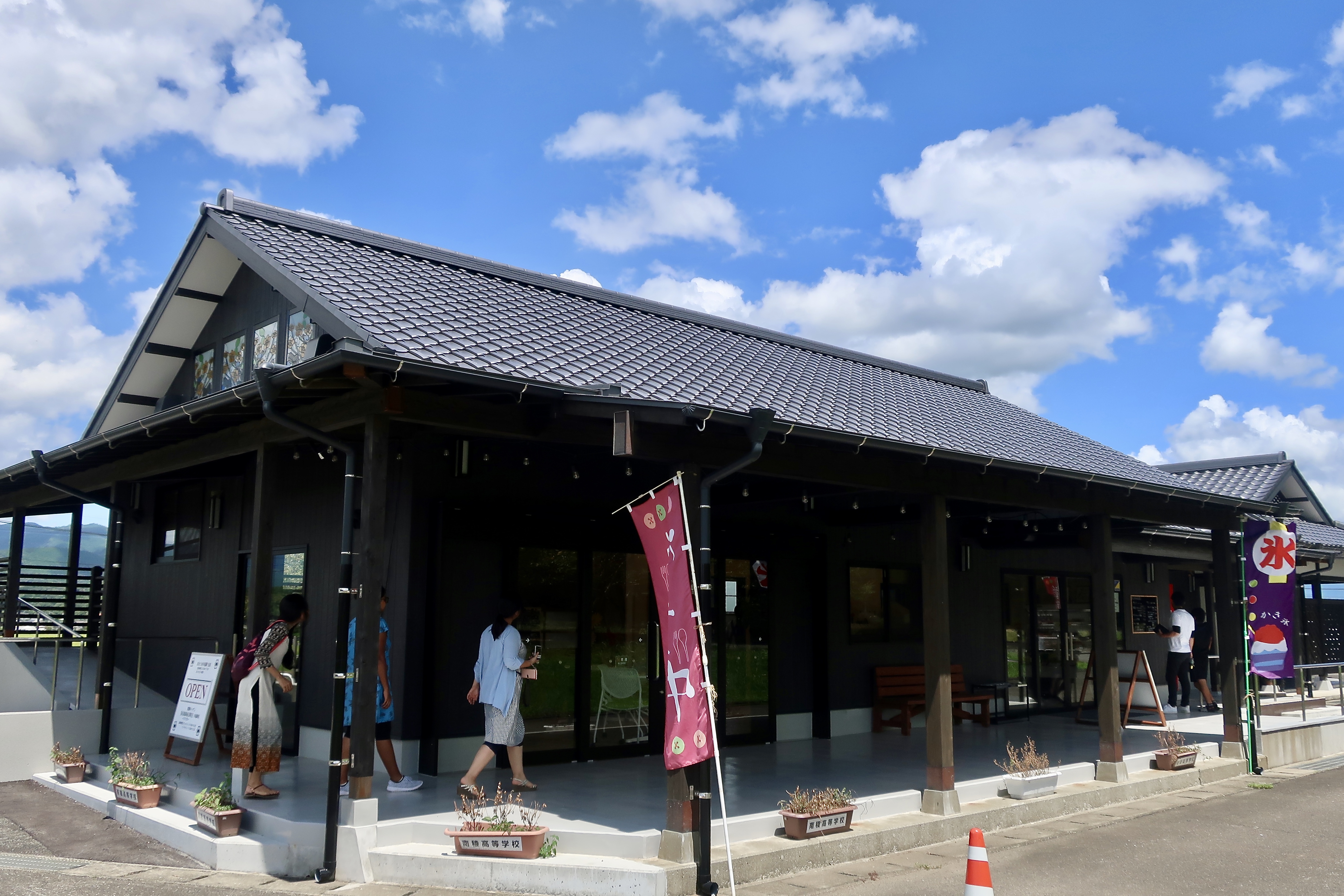 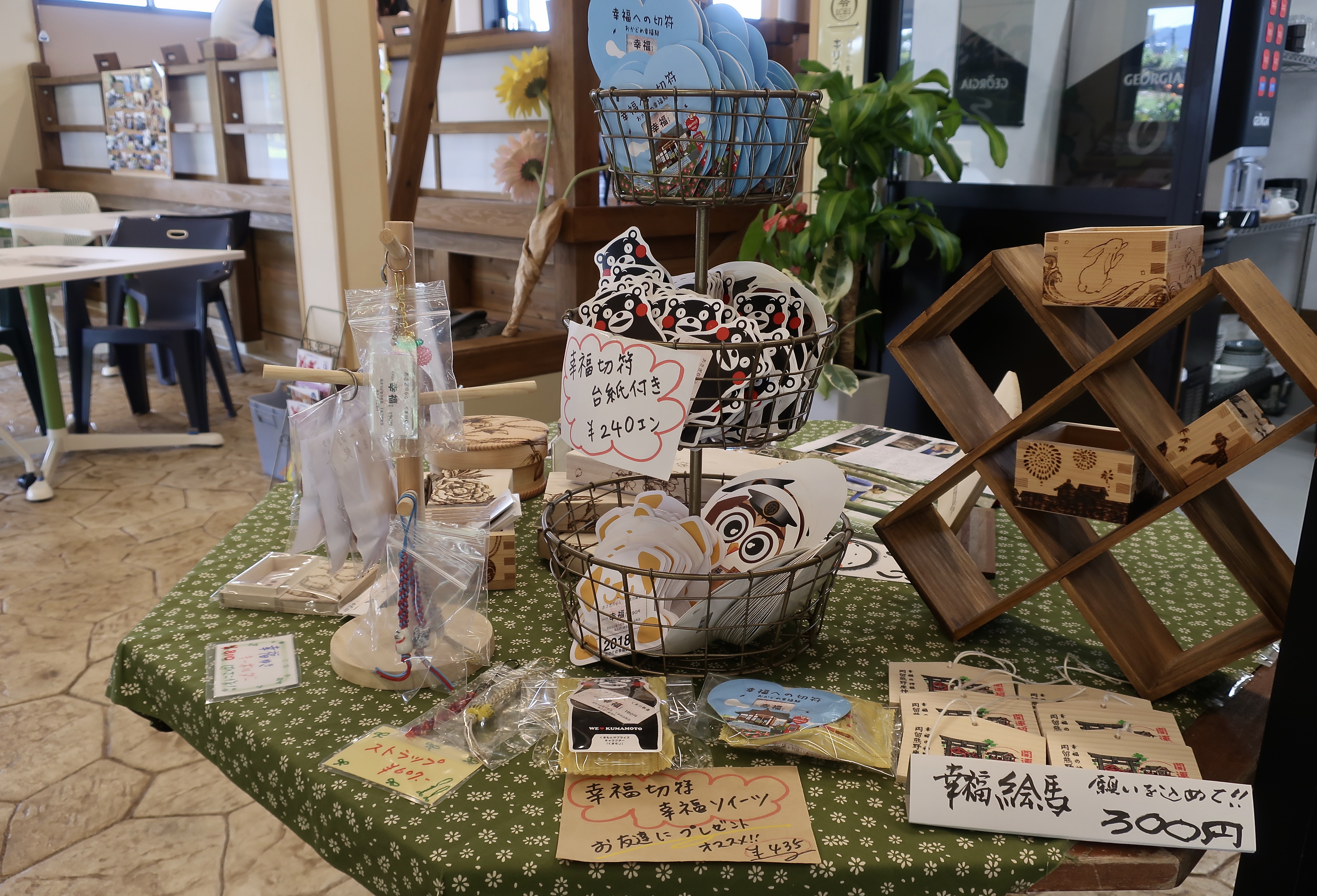 Also they sell 絵馬(Ema) which is a pentagon-shaped wood and you can write down your wish on it. 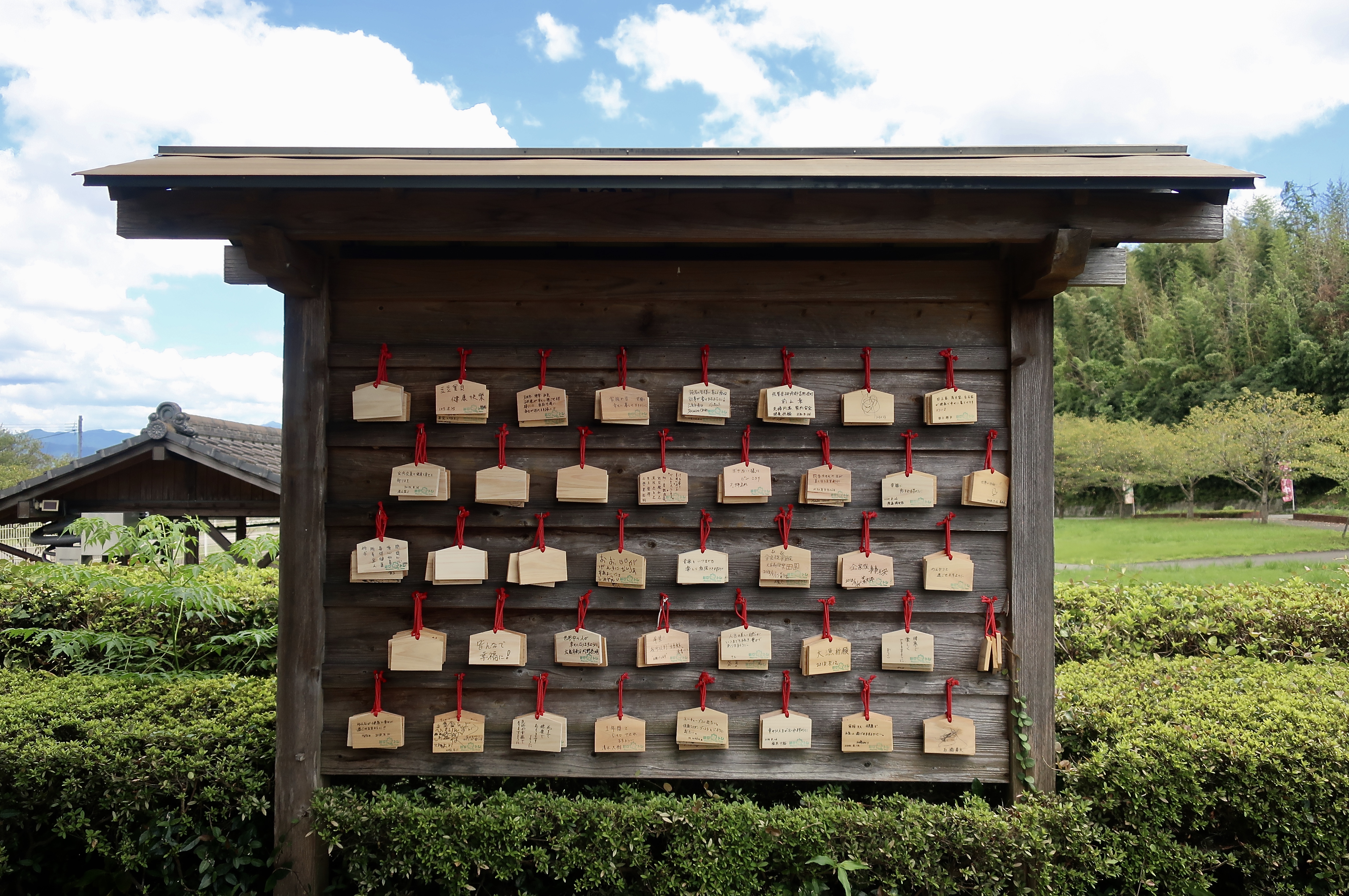 You can hang it on the board in front of the station.

※ You’ll see lots of Ema hanging on a board in temples and shrines.

In the past, people used to dedicate a real horse to make their wishes come true.

After 室町時代(Kuromachi period, 1336-1573), instead of a real horse, a small piece of wood which has a picture of horse on it started to be used. 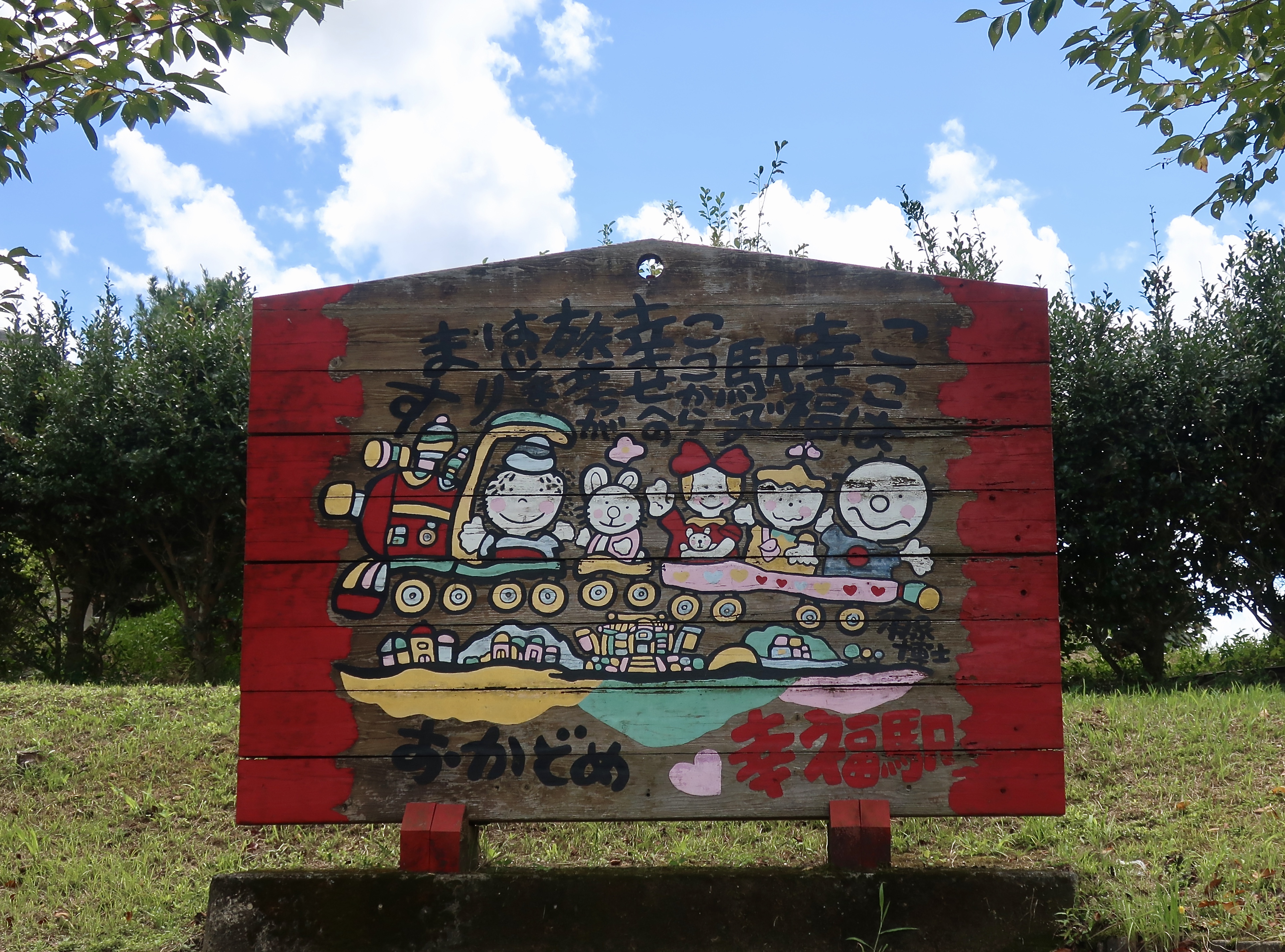 There is a cafe inside of the shop so after exploring around, you can have a rest and enjoy local food. 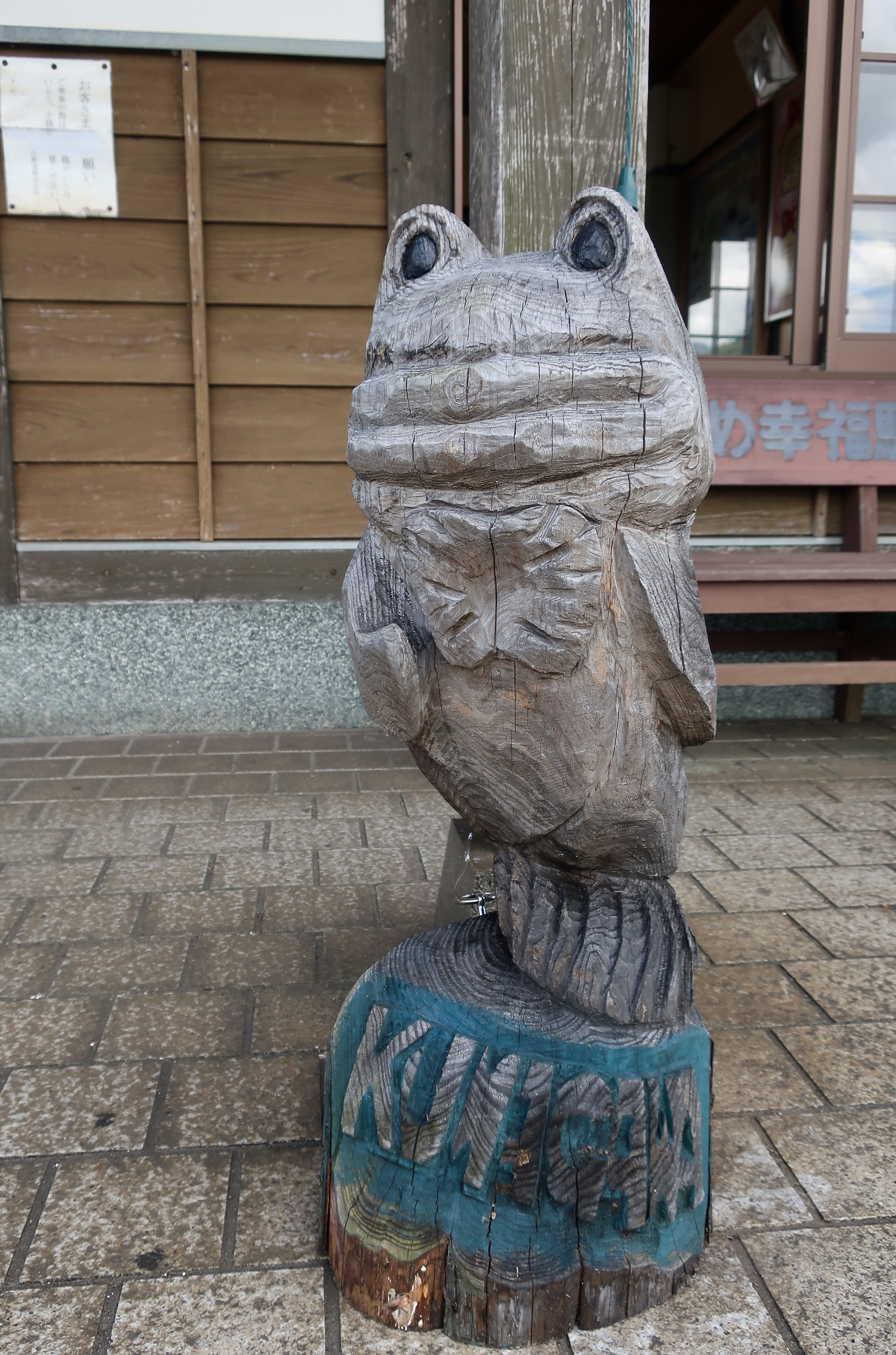 Visit this lovely train station and write your wishes on Ema.

You will contribute them revitalizing Kuma-area. 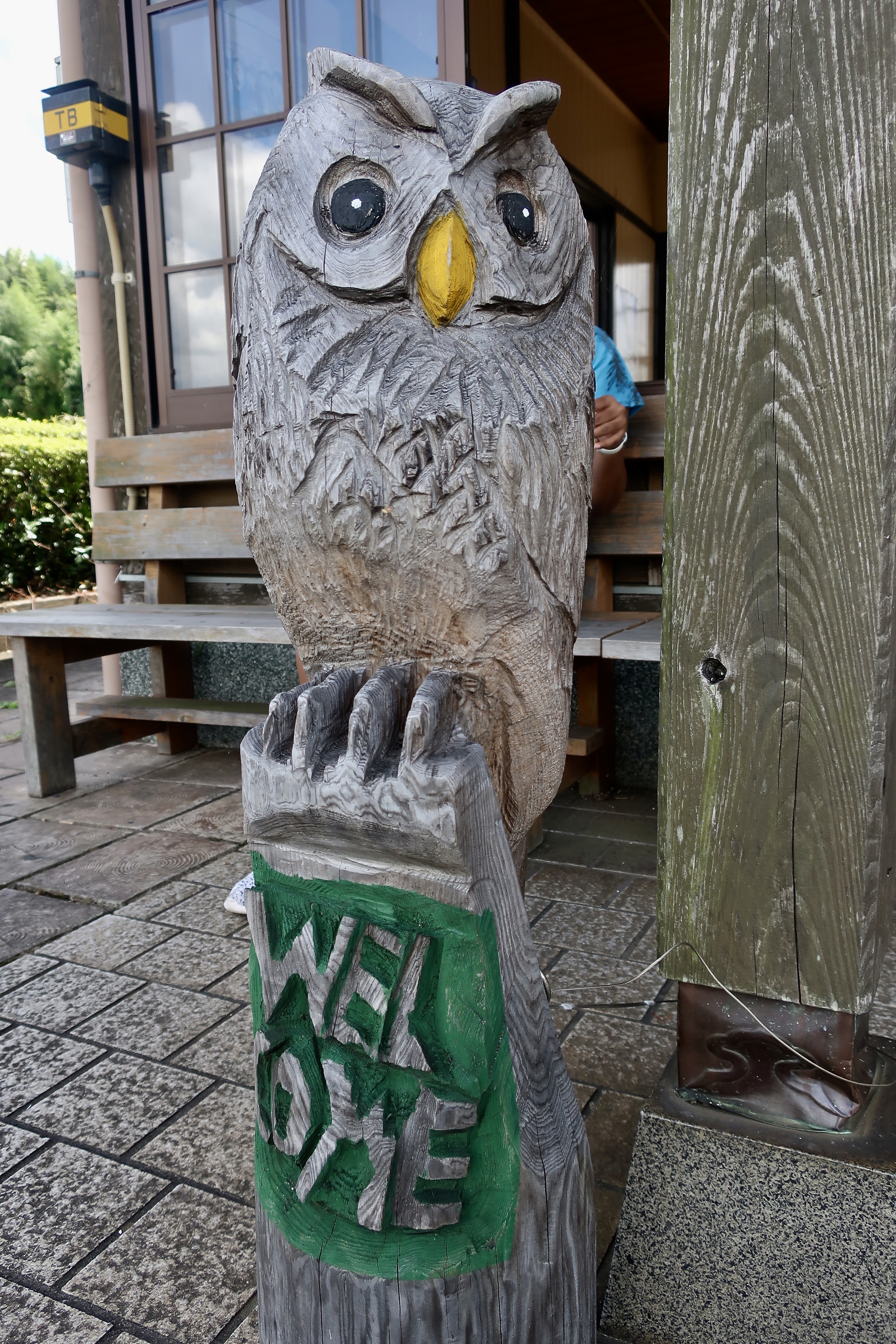